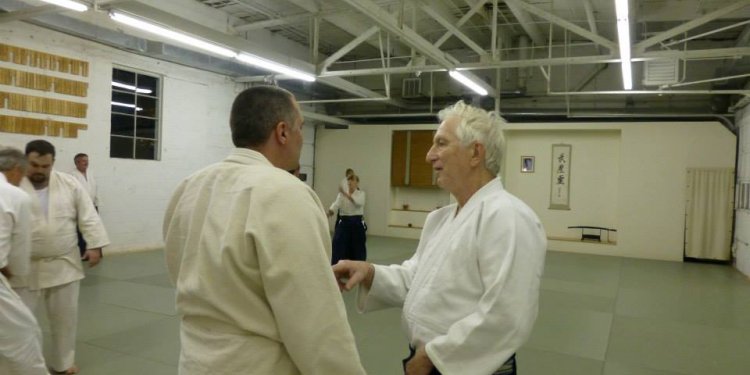 It has been 30 years since New England Aikikai was founded. On this occassion, I would like to extend my congratulations from the bottom of my heart. All my good wishes go to Mitsunari Kanai Shihan, as well as my appreciation for his pure attitude to Aikido training and for his consistent, never-ending efforts.

I recall that the founder of Aikido, Kaiso Morihei Ueshiba, greatly praised Mitsunari Kanai Shihan for his hard-working and pure attitudes.

30 years ago was a time when Aikido had not been yet known in general. The ceaseless efforts of Mitsunari Kanai Shihan have done much to change this. As Doshu, I thank him from my heart for his continuous pursuit and commitment to Aikido.

When my thoughts turn to the future, to the new millennium and the 21st century, I have a deep belief that creation will bring forth the unity with the universe that is expressed in Aikido.

At the same time, my heart is filled with great expectations of the further accomplishments of Mitsunari Kanai Shihan who has been united with Aikido.