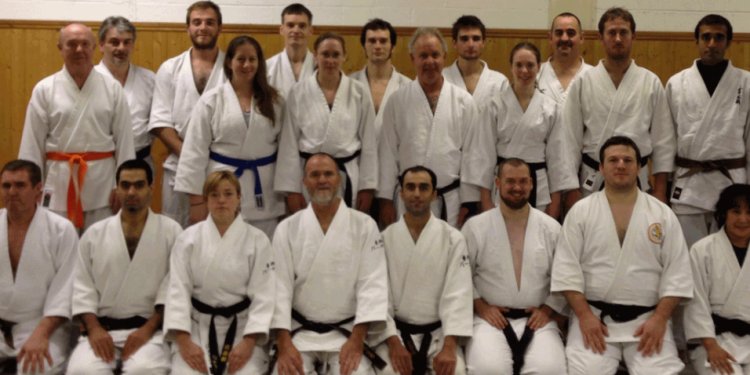 In other cases the lack of knowledge or incorrect knowledge is the result of instructors who themselves have no real knowledge regarding the history of Yoshinkan Aikido in the UK and have simply passed on incorrect statements about the history, implying that the statements are correct.

I began the study of Yoshinkan Aikido in late 1962 under the tuition of Francis Ramasamy Sensei who is now 7th Dan Yoshinkan.

Two years prior to this the late Edwin Stratton Sensei left Malaysia to return to the UK after studying Yoshinkan Aikido under the tuition of Thamby Rajah Sensei, the founder and head of The Shudokan Institute of Aikido.

I understand that on his return to the UK, Stratton Sensei began to teach Yoshinkan Aikido whilst he was still a serving soldier in 1961

I returned to the UK in 1966, leaving the Army in 1967, which is when I opened my first dojo. Shortly after this, following the submission of a film of my techniques to Kancho Gozo Shioda via my Sensei, Francis Ramasamy Sensei, I was awarded the rank of Shodan by Kancho Gozo Shioda with a letter from him congratulating me on my success and my correct Yoshinkan techniques and encouraging me to develop and expand Yoshinkan Aikido in the UK. This of course, was long before the formation of the I.Y.A.F.

At this time I also established a friendship with the late Jim Elkin Sensei, spending several weekends at his home, he like others who practiced a different style of Aikido had never heard of Yoshinkan Aikido, and it was almost looked upon with contempt. Jim Sensei was practicing Tomiki Aikido and I also trained with the Tomiki aikidoka, their main teacher at that time was Sensei Riki Kugure, who knew Kancho Gozo Shioda. Kugure Sensei explained to Jim Sensei what Yoshinkan Aikido was, and from this moment Yoshinkan Aikido became better known in the UK.

As a matter of interest during my many conversations with Takeno Shihan at the recent Yoshinkan Aikido festival (2006), hosted by Sonny Loke Sensei in Malaysia, Takeno Shihan was asking me about the history and development of Yoshinkan Aikido in the UK, and when I mentioned my connection with Kugure Sensei he was delighted because it turns out that they are long standing friends.

It was some time after this that Stratton Sensei turned up at my house and introduced himself as the most senior Yoshinkan Sensei in the UK, he told me that he had a mandate from Kancho Gozo Shioda to develop Yoshinkan Aikido in the UK.

Following this meeting, Stratton Sensei and I would meet from time to time, often at training weekends when his and my students would get together both for training and socialising, I might add that those times were great with no "Barrack Room Lawyers", no politics, just great Yoshinkan Aikido training.

Later when Stratton Sensei brought the young Sensei Jang Eun Yu (4th Dan) to the UK, we received him with open arms, he and his dynamic approach, were a great influence on us, and most weekends he was brought to Portsmouth to teach classes, by his senior student David Thompson Sensei, a man of great talent. Sensei Yu's first comment, after the first training session, was that he was "very impressed" with the standard of my students and that our "Kihon Dosa was correct and proper".

Sadly those good times came to an end, and Yoshinkan Aikido in the UK was split apart by unnecessary internal politics, in the main caused by certain individuals who manipulated people and situations, to suit their own agendas, and as is often the case, most of these people no longer practice Yoshinkan Aikido, but leave in their wake bitterness, sadness and a fragmented system.

Yoshinkan Aikido is today, still plagued by politics and has its share of people who delight in writing nonsense, all of which adds up to the continual fragmentation of our Aikido which we all profess to love. It is one of the main reasons why our Aikido is practiced by only a handful of people worldwide. The legacy of the great Kancho Gozo Shioda is constantly over-shadowed by individuals egos.

The fact is that I was awarded Shodan by Kancho Gozo Shioda and began to teach Yoshinkan Aikido in the UK long before many of you were born. We early pioneers of Yoshinkan Aikido had no training...