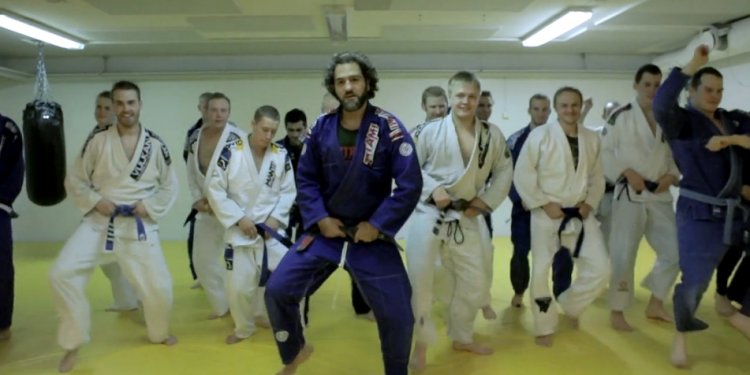 "That's gross and I'm never doing that." That was my thought the first time I saw people training Brazilian jiu jitsu. The idea of rolling around with sweaty people, especially without a gi, seemed particularly unappealing. Little did I know in that moment how alluring a sport it was and how hooked I was about to get.

Getting started in Brazilian jiu jitsu can be daunting. Training martial arts is one of the most beneficial things I've ever done, mentally and physically, but getting over the beginner's hump was where a chunk of those benefits came from. Thankfully the Internet now allows us to learn more easily from those who came before us.

In , coach Sally Arsenault addressed the basics all new practitioners need to know: what is a gi, how to buy a gi, and how to tie the darn belt (which turns out to be surprisingly challenging). As Sally explained:

I like using a flat, tidy knot for my gi belt. My suggestion is to use the super lock variation of the Hollywood variation demonstrated by Rener Gracie in his belt-tying instructional:

For the female BJJ players out there, dealing with your hair will also be a constant dilemma. Coach Sally has done the hard work of testing numerous styles:

For my first few months of training, I opted for the ponytail at the back of my head. I play off of my back a lot, though, so I found the ponytail uncomfortable. I decide to try braids on each side, but since my hair was layered, the braids wouldn’t stay braided. My solution was to tie my hair into pigtails and braid the pigtails. It was such a huge improvement that I’ve been wearing it that way ever since. Well, other than that one time I cut my hair short, which I immediately regretted. In BJJ, your hair either has to be short enough to not get in the way or long enough to tie back.

Sally also interviewed veteran female athletes to find out what they did with their hair. For more detailed explanations of how to restrain your unruly locks, check out Sally's article .

How to Be a Good Training Partner

Once you got your gear (and your hair) handled, then it's time to learn how to be a good teammate. The biggest part of being a good teammate is being a useful training partner.