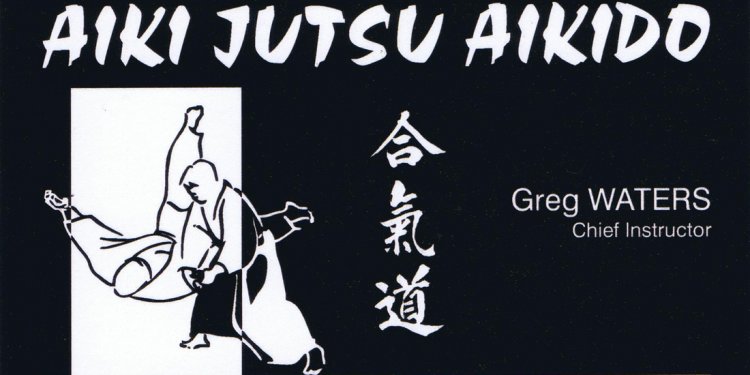 Bill Gleason sensei is the chief instructor at Shobu Aikido of Boston and currently holds a 6th dan. This article was first printed in the Shobu Aikido Aiki News newsletter (May 2001, Vol 2, No. 2) and is reprinted with permission.

When the founder passed away in 1969, sword training at the Honbu dojo in Japan ceased to exist as a part of the regular curriculum. At that time sword training was only available for select high ranking students and was conducted somewhat behind closed doors. Although the taking away of an opponents weapons continued to be a part of the testing process, teaching the use and handling of sword was, for all practical purposes, suspended completely.

Since that time the controversy over whether or not the practice of sword is really an integral part of, or even valuable to, aikido training has continued to intensify. There is little doubt however that Ueshiba Morihei O-sensei, the founder of aikido, considered it as an essential part of his teaching as well as his own training. He constantly used weapons, especially the sword, to show the principles of aikido. Why is swordsmanship so valuable for understanding the essence of aikido? If we view this question from an historical perspective the answer becomes quite clear.

O-sensei, by his own declaration, was the founder of aikido, yet not the creator of aiki principle itself. This principle was recognized in the ancient sword traditions of Japan as well as in the philosophy of Japanese Shinto. O-sensei was a devout student of Shinto and spent at least several years studying Japanese sword. Among the styles of sword that the founder studied was the ancient Kashima style which dates from the fifteenth century. The foundation of that school is the concept of Shinbu, "the divine martial way" in which one wins without fighting. To accomplish this was to develop oneself, both physically and spiritually, to the level of the gods.

Shin, in this case means "divine" and Bu refers to the creative force of life, the power of musubi, or becoming one with your partner. This was described as hoyo doka, an all-embracing acceptance of even the negative feelings of others and the re-integration of that magnanimous attitude back to those who would attack us. Practically speaking this acceptance and re-absorption is the ability to receive your partners energy and unify with it in such a way that his power is reduced to zero. In aikido this is a good explanation of what we call the power of kokyu. To master the spiritual and psychological aspects of this ability was called aiki. The word aiki was also used to denote the highest level of mastery in the Yagyu sword style in which O-sensei also excelled.

The really incredible achievement of the founder was to apply these principles to barehanded training in a new and unique manner. Why was this not accomplished in those ancient times? Every sword style contained its own interpretation of grappling or jutsu forms. This was necessary on the battlefield in case a warrior lost his weapon in the heat of battle. To be able to take away another mans sword when you had no weapon was considered the highest achievement in the Yagyu style.

It required the great spiritual vision of O-sensei to see barehanded training not as grappling but rather as sword without a sword. Even the great Kano sensei, the founder of Judo, declared aikido to be the art he had been searching for all his life. O-sensei through his own spiritual practices realized that we could use our hands, or even our mind alone, like a sword, to cut through our partners attack or defense. Combining his spiritual vision with actual sword training he realized that it was possible to extend the influence of our ki, or intention, beyond our fingers in the same way that our movement and reach is extended when holding a sword. Ki extension is the essence of muto or "sword without a sword" and that is no better exemplified than in the practice of aikido.

In studying sword we learn to control the kensen, the line that the kirisaki, the tip of the sword, draws in each cut. Eventually we are able to draw that line with our minds eye alone. This ability is one of the secrets of aikido practice. It enables us see the invisible form within each technique and to send out energy precisely to the correct place in our partners body. This ability takes many years to realize; without sword training, the student is much less likely to discover it.

Cutting with the Japanese sword is an expansive motion in which the tip of the sword must be unified with ones center. The basic diagonal cut, called kesa giri, may be equated with ikkyo in barehanded aikido training. If one truly masters this one cut, he or she has already realized shin shin toitsu or body-mind unification. Within kesa giri is the secret of natural spiral movement. The sword falls by its weight alone and the weight of the body comes to ride on top of its free fall. The turning of the hips and the subtle connection between your own center and the tip of the sword create effortless power and speed. Just as in aikido, this basic way of cutting with the sword is dependent on a continual expansion of our feeling; in fact, that is the life of the movement itself.

In addition, the footwork and total overall movement of swordsmanship match that of aikido exactly. Every move in aikido, correctly understood, is a cutting motion. After all, the sword was created to fit the natural movement of the body and not the other way around. Herein lies one of the major differences between aikido and any of the various schools of jujutsu. The nikkyo, sankyo, and yonkyo of aikido, for example, are performed as expansive cutting motions rather than as contracting wristlocks.