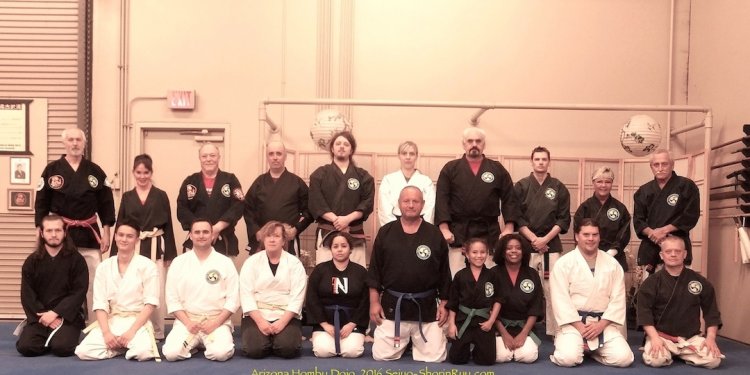 Viewpoint
There Are No Blocks In Advanced Martial Arts

The chances are good that you know a lot of martial artists who could take their defensive ability much further. There are two misunderstandings under which many, even most, modern martial artists act. And these two errors undercut a lot of the hard work they are putting into their training. In a real confrontation the consequences can be serious.

The word for defensive technique in Japanese is instructive. Although it is often translated as “block” the word “uke” actually means “receive” as in how we move to effectively receive the combative energy (the attack) of the opponent.

Misunderstanding number one: “a block is a shielding action.” In boxing the fighters do shield their face and torso from incoming attacks by covering up with their forearms. This is partly where the misunderstanding comes from. We have all seen boxers defend like this. However, if you are doing barehanded fighting, with no gloves to cushion and disperse the energy from the incoming attack, then the blunt force trauma of the attack to the forearms will quickly – after just a few hard blows from a strong attacker – damage them beyond use.

It is rare, in a combative situation, that shielding of that kind would be intentionally employed. Yes it is better to get hit in the arm than in the face if you have to make the choice. But practicing taking hits to the forearm as your defensive strategy is like practicing crashing your car into bushes instead of oncoming traffic. As a last ditch effort, okay. But why not learn to use the brakes? Or in the case of defensive fighting skills, why not learn what actually is taught in the kata?

The second misunderstanding about blocks – and the more common one – is that blocks are interceptions. That is “blocks are like anti-missile techniques.”

It is as if people who teach defending this way actually believe that you can perceive the incoming technique, process the information and respond decisively and accurately to it. You can’t. No matter how good you are if you are reacting to the opponent’s decision making, if you allow your opponent the initiative in the fight, however briefly, they will quickly outpace your ability to keep responding.

The reactive reflex arch is too long. You can pull this off in choreographed or predictable technique exchanges; and you may be able to do it where attack zones are limited (in sport matches where no attacks are allowed below the belt or to the back does set up a situation in which you have a highly predictable and relatively easily defendable target region.)

Using your arms as “anti-missile” interceptors can work under these limited conditions but it is far inferior to genuine defensive technique as embodied in kata and taught in actual combative arts. And which is required in self-defense action.

The first misunderstanding may come from watching sport of boxing, or from a childhood panic reflex to duck and cover. This second one may be a metaphoric construction derived from battlefield tactical training, or movies about it.

On the battlefield we choose between fire and maneuver. A rifleman or a tank – or tactical groups of these – move and shoot. Moving and shooting are not the same. Like hearing and vision they are related but inevitably separate dimensions of activity.

The treads on a tank give it mobility. They can position the tank to fire but they have no special effect on the firing. The same is true for the tank’s gun. It fires. It cannot affect the mobility of the tank. As a rifleman (or hand gunner, etc.) you can move and fire at the same time but the feet do the moving and the hands do the firing and these are separate functions, however well coordinated they may be when performed by an expert.

This does not match what we need to do in order to maximize our effectiveness as martial artists. Our bodies are much more complex and so are more able to function as integrated systems not just as related systems of fire and mobility. (This attribute is most evidently true with empty hand but it holds to a large degree when examining armed exchanges with bladed or impact weapons.)

Certainly it is essential to gain the initiative in the interaction immediately or at least as rapidly as possible. If we move properly in response to incoming force it is possible to simultaneously (in a single movement)

1. Reroute the incoming energy past our target region,
2. Reposition our body just outside the range of attack,
3. Off balance the opponent,
4. Damage the opponent’s attacking personal weapon (limb), and