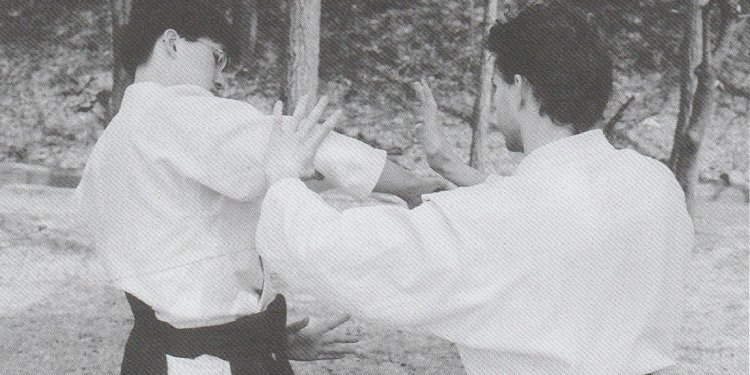 Your training is your own responsibility. No one is going to take you by the hand and lead you to proficiency in Aikido. In particular, it is not the responsibility of the instructor or senior students to see to it that you learn anything. Part of Aikido training is learning to observe effectively. Before asking for help, therefore, you should first try to figure the technique out for yourself by watching others.

Aikido training encompasses more than techniques. Training in Aikido includes observation and modification of both physical and psychological patterns of thought and behavior. In particular, you must pay attention to the way you react to various sorts of circumstances. Thus part of Aikido training is the cultivation of (self-)awareness.

The following point is very important: Aikido training is a cooperative, not competitive, enterprise. Techniques are learned through training with a partner, not an opponent. You must always be careful to practice in such a way that you temper the speed and power of your technique in accordance with the abilities of your partner. Your partner is lending his/her body to you for you to practice on - it is not unreasonable to expect you to take good care of what has been lent you.

Aikido training may sometimes be very frustrating. Learning to cope with this frustration is also a part of Aikido training. Practitioners need to observe themselves in order to determine the root of their frustration and dissatisfaction with their progress. Sometimes the cause is a tendency to compare oneself too closely with other trainees. Notice, however, that this is itself a form of competition. It is a fine thing to admire the talents of others and to strive to emulate them, but care should be taken not to allow comparisons with others to foster resentment, or excessive self-criticism.

If at any time during Aikido training you become too tired to continue or if an injury prevents you from performing some Aikido movement or technique, it is permissible to bow out of practice temporarily until you feel able to continue. If you must leave the mat, ask the instructor for permission.

How do ranks and promotions work in Aikido, and how come there are no colored belts?

Eligibility for testing depends primarily (though not exclusively) upon accumulation of practice hours. Other relevant factors may include a trainee's attitude with respect to others, regularity of attendance, and, in some organizations, contribution to the maintenance of the dojo or dissemination of Aikido.

The testing requirements are very different from style to style and from organization to organisation. They also change over time.

Traditionally, white belts are worn by all mudansha (kyu-ranked i.e. below black belt) Aikidoka, and black belts by yudansha (dan-ranked). While some dojos adhere to this policy, others have adopted systems involving the use of different-colored belts for mudansha, with each color signifying one or two kyu ranks. There are naturally proponents for each system.

What is a hakama and who wears it?

A hakama is the skirt-like pants that some Aikidoka wear. It is a traditional piece of samurai clothing. The standard gi worn in Aikido as well as in other martial arts such as Judo or Karate was originally underclothes. Wearing it is part of the tradition of (some schools of) Aikido.

In many schools, only the black belts wear hakama, in others everyone does. In some places women can start wearing it earlier than men (generally modesty of women is the explanation - remember, a gi was originally underwear).

What if I can't throw my partner?

This is a common question in Aikido. There are several answers. First, ask the instructor. Most likely there is something you are doing incorrectly.

Second, Aikido techniques, as we practice them in the dojo, are idealizations. No Aikido technique works all the time. Rather, Aikido techniques are meant to be sensitive to the specific conditions of an attack. However, since it is often too difficult to cover all the possible condition-dependent variations for a technique, we adopt a general type of attack and learn to respond to it. At more advanced levels of training we may try to see how generalized strategies may be applied to more specific cases.

Third, Aikido techniques often take a while to learn to perform correctly. Ask your partner to offer less resistance until you have learned to perform the technique a little better.