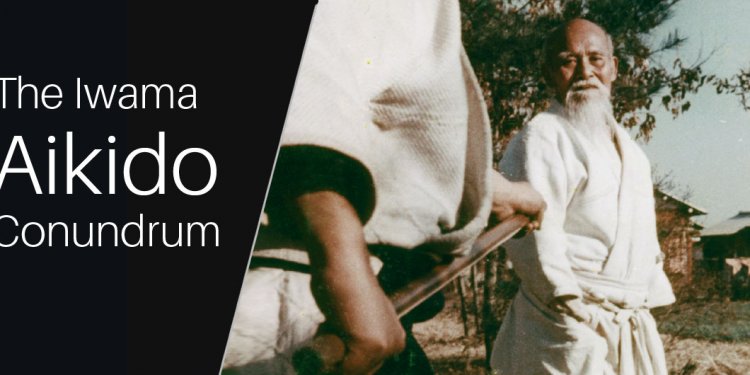 Whether Morihiro Saito aikido was the same as the founder’s or not, everybody has their own opinion depending on their depth of knowledge of aikido history, exposure to iwama aikido and the way of thinking. So naturally there are many theories and idieas of what is what. So I won’t express mine this time, but what I do want to say is that I have no doubt that Morihiro Saito sensei was sincere, honest and hard-working man with deepest devotion to the founder, and here I’ve picked some of his quotes regarding the subject. I think they speak for themselves. So here they are:

“I don’t know any aikido other than O-Sensei’s.”

“Many shihan create new techniques and I think this is a wonderful thing, but after analyzing these techniques I am still convinced no one can surpass O-Sensei. I think it is best to follow the forms he left us.These days people are inclined to go their own way, but as long as I am involved, I will continue to do the techniques and forms O-Sensei left us.”

“It is a big mistake to think that there is no ki no nagare practiced at Iwama. The ki no nagare techniques of Iwama are executed faithfully as O-Sensei taught them.People tend to train in a jerky way. And when people do soft training they do it in a lifeless way. Soft movements should be filled with the strongest “ki.” People can’t grasp the meaning of hard and soft because they didn’t have contact with O-Sensei”.

“The aikido world is gradually distancing itself from O sensei’s techniques. However, if the techinque of aikido become weak it’s not a good thing, becouse aikido is a martial art. My practice of aikido is always traditional, the old-style way. Now I am looking after my senseis dojo, also, I am guardian of Aiki shrine, the only one in the world, many teachers create their own techniques, but I can’t do that, i’ve got hardened head, I am following exactly the teachings of my sensei.”

“O-Sensei taught us two, three or four levels of techniques. He would begin with kata, then one level after another, and finally, it became just so… and now I teach in exactly the same way. Because O-Sensei taught us systematically I’ve got to teach in an organized way, too. Generally speaking, 0-Sensei would make remarks like the following: “Everything is one. Everything is the same.” He taught us in that way. I’m just following his example.”

“When O-Sensei explained Aikido he always said that taijutsu (body techniques) and ken and jo techniques were all the same. He always started out his explanation of Aikido using the ken. Although he didn’t use a one-two-three method, he always taught us patiently and explained in detail what we should do.”