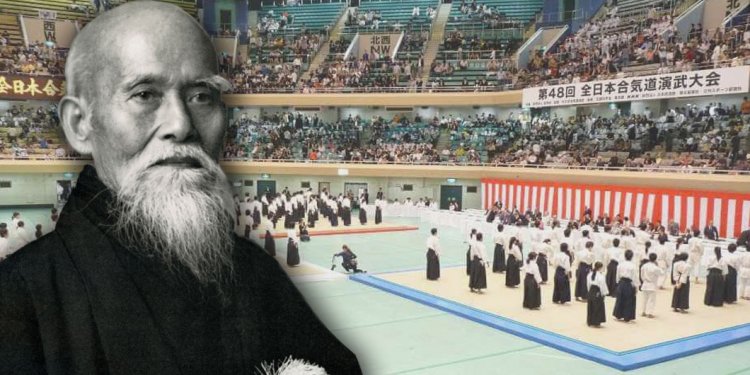 Today there are many, many different styles of Aikido and even a few arts that seem to be of an entirely different lineage that go under the name of Aikido!

For example, there is one school in our area that lists Aikido as one of the arts taught. When queried about his Aikido background, the instructor claimed that Aikido was just part of unnamed-Korean-art-that-looks-nothing-like-Aikido and that he'd just sort of picked it up while studying that!

Since this list is going to be challenging enough without looking for extra work, we'll restrict our definition of Aikido to main styles that clearly trace their lineage to Ueshiba O-sensei. The classification into categories is fairly arbitrary.

Here we'll list the schools that developed from the pre-war teachings. The "old" is not meant to imply anything derogatory in the slightest. It's a label for grouping and nothing more - perhaps we should have said "mature" :-). We will point out that many consider "old school" to mean pure and undiluted.

This includes most of the variants taught today. Most of these "styles" are taught by various senior students of O-sensei, with the divergences coming after the death of the Founder. Most would claim to be teaching the art that O-sensei taught them - and this is probably true even though some have little in common with others! Taken together with O-sensei's notorious obscurity in teaching style, the story of the elephant and the blind men may give us some clue as to how this could have come about :-).

Most of us have our biases and preferences amongst the various styles but can recognize that all have their strengths and weakness and we all have something to learn from all of them.

To Those Who Feel Left Out or Misrepresented

This has been a sincere attempt to be fair to everyone and as comprehensive as we could manage. We have, of course, failed in both aspects.

Therefore, I extend the invitation to anyone who feels either left out or misrepresented to mail further information and it will be folded into this page.

We don't promise to include your text verbatim, since this is our interpretation of the world and we don't agree that Fizz-bang-ryu is the ultimate and only true form of Aikido, but we are fairly open minded and like to be accurate wherever possible.