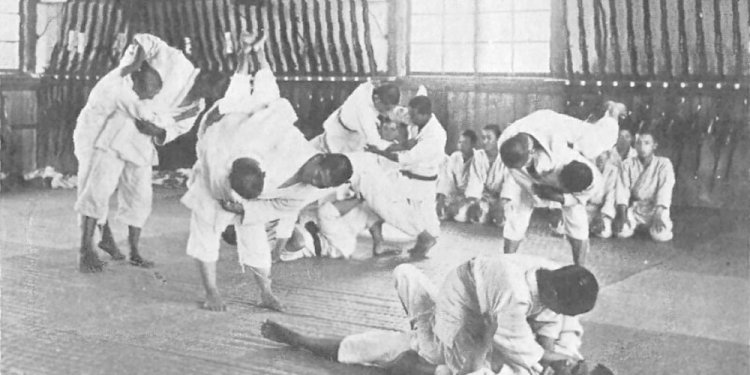 Traditional Jujutsu is considered a Japanese cultural art (as are kado, or flower arrangement; chado, or tea ceremony; and shodo, calligraphy). Traditional Jujutsu systems all have documented and verifiable lineages. It is composed of techniques such as joint locking, throwing, sweeping, reaping, choking, and striking with all parts of the body. Weapons' training is also an integral part of Jujutsu, typically, knife, sword, and staff. The essential principle of Jujutsu is to defeat the enemy with any and all means, using minimal force. Force rarely ever meets force directly and techniques should not need to be strong-armed to be effective. Movements emphasize circularity to take advantage of the attacker's momentum to break the opponents balance in preparation for joint locking or throwing techniques. Traditional jujutsu systems can be utilized offensively as well as defensively. A brief list of some representative ryuha would be Hontai Yoshin-ryu, Takenouchi-ryu, Saigo-ryu Aiki-jujutsu, Tenjin Shinyo-ryu, Daito-ryu Aiki-jujutsu, and Sosuishitsu-ryu, to name just a few.

In a Nihon Jujutsu Ryu training utilizes Japanese terminology, the primary method of instruction through the use of kata. Students are instructed in the history, culture, and traditions of the ryu. The environment is one of respect and discipline (self-discipline, and not militaristic). Training frequently presents situations with historical significance (i.e. wrist grabs, sword attacks, defenses from seiza to name just a few). "All Nihon Jujutsu Ryu will also have a verifiable history and ryu lineage" (Fabien, 1995). Finally, almost all Traditional Jujutsu systems were founded prior to 1867. [See Fabien Sensei's article for more detailed information on the distinguishing characteristics of traditional Nihon Jujutsu.]

Their are in fact at least three separate and distinct types of Jujutsu systems:

The following are some examples of each of these categories:

Gendai (Modern): Example systems would be many of the modern systems that go by the name "jujutsu, " but which do not have links to the traditional jujutsu systems (such as Miyama-ryu Jujutsu, Danzan-ryu Jujitsu, Senshin-ryu Goshin-jutsu, Budoshin Jujitsu, and Ketsugo-ryu Jujitsu).