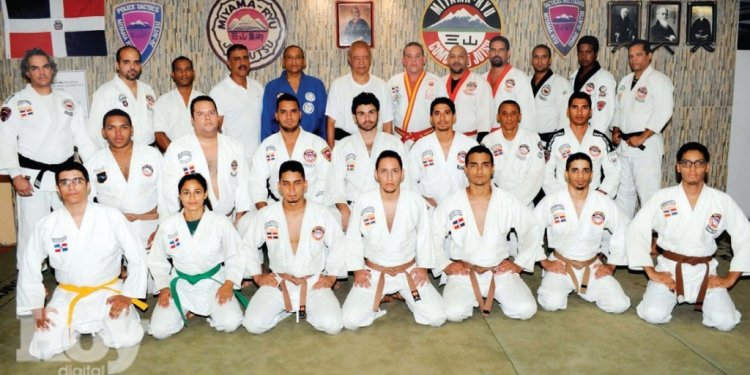 Are there any other Miyama Ryu Dojos in the US?

Yes, you can find information on Miyama Ryu or links related to other Miyama Ryu Dojo's here:

None. When the art of Jujutsu was translated from the Japanese language into the Romanized languages like English, there was no established way of spelling it correctly.

Also depending on the dialect of the Japanese speaker it may have sounded different to the person doing the translation. Different standards have been adopted over time that is why there are many different spellings.

There are other names for Jujutsu including Aiki jutsu, Aiki jujutsu, Yawara, and Taijutsu. Jujutsu is a foundation art for non-Japanese arts like Hapkido.

Of course there are many styles of Jujutsu including modern styles like Gracie, Small Circle, Danzan and Budoshin Jujutsu.

Why is Jujutsu called a parent art?

The founder of Aikido and Judo studied Jujutsu. Additionally it is the parent art of Kempo Karate, and other Karate styles such as Wado Ryu Karate.

How old is Jujutsu?

No one knows for sure. We only know that it was systematized by the Samurai warrior as early as the mid 15th century.

The Samurai was trained in many weapons and most modern martial artists are aware of the Samurai sword.

Why did Shinan Pereira formulate the Miyama Ryu and not teach the Japanese martial arts directly as self-defense?

Miyama Ryu was created as a response to attacks as they occurred to people on urban streets.

He felt that the Japanese arts in their classical forms were based on different attacking formats and therefore did not provide immediate answers for modern self defense.

When we say combat we mean defense against attacks as they would actually occur on the streets. Some Jujutsu styles have perpetuated the myth that fighting someone for 45 minutes on the ground is self-defense.

Of course your own common sense would tell you that rolling around on the streets of New York or any major city for 45 minutes with an armed attacker or multiple attackers would mean certain death.

Are there any weapons training in Miyama Ryu?

What's the difference between Miyama Ryu and Brazilian Jujutsu?

Miyama Ryu is not a Gladiator type sport. Miyama Ryu was designed so a normal person could learn how to defend themselves against violent criminals.

These attacks include defenses against weapons and multiple attackers, which are not addressed in sport type martial arts. The training necessary to defend yourself is different from preparing for a sporting competition.

If there are no competitions in Miyama Ryu, how do you know that the techniques actually work?

We have hundreds of testimonials from people of all walks of life who have successfully defended themselves in real life situations over the past forty years.

How do I become a member of the Miyama Ryu? Or, I practice another style of martial art how can I get ranked in Miyama Ryu?

Before the bookstore, you had to join an actual Miyama Ryu Dojo. Now our curriculum is clearly laid out so if you belong to a dojo that teaches a similar curriculum you may be permitted to take tests during regional seminars.

Who's in charge of Miyama Ryu?

Shinan Pereira appointed 3 Dai-Shihans who are the senior administrative ranks of the Ryu. Each of these men is a certifying authority of Miyama Ryu.

Where is the Miyama Ryu Hombu Dojo?

Each Dai-Shihan has various Dojos internationally that he has certified. A Dai-Shihan may designate any dojo under his authority as his Hombu dojo.

So theoretically it is possible to have zero to three Miyama Ryu Hombu dojos.

Is there a ranking system in Miyama Ryu Combat Jujutsu?

Yes, the ranking system up to the black belt is as follows:

The ranking system after the 1st Kyu is as follows: