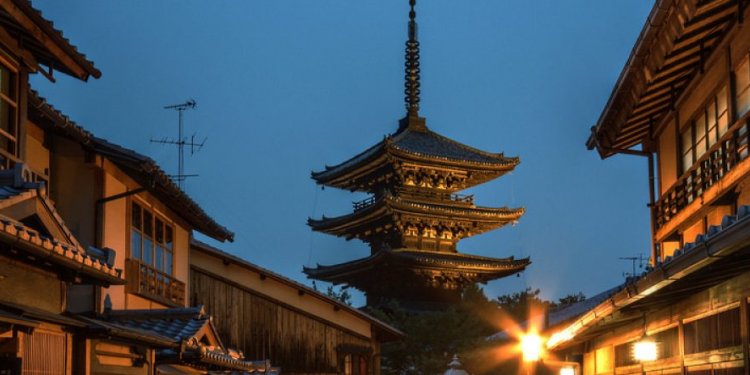 Arman - (you all caught me on a day that I have to be in front of the computer all day, so I keep escaping online - hell, as long as I get my report finished before midnight).

O.K. Your question.
REALLY OLD SCHOOLS
1) The oldest schools almost surely have sets in which the better armed person wins. (ie., 1) tanto against unarmed person - tanto kills 2) standing person walks up, kicks kneeling person in the head, they try to block, and their elbow is snapped and they are pinned and killed 3) One comes up behind a standing person and slams them to the ground from behind, and stomps on their head
2) There is also, in such ryu, sets in which the superiorly armed individual is countered, BUT, they are usually advanced sets. As if to say, "all right, since you asked, you are lying on your back, and a guy straddles you to stab you in the throat. Given you will probably die, what should you do anyway."
3) There is usually gokui sets in which you learn how to best kill someone while in the superior position (like straddling them - where and how should one should REALLY stab. And these last have stabbing techniques, for example, that the counters you learned in #2 will not work. PERIOD. )
These sets are usually part of a ryu in which weaponry still plays a very large part - sword, naginata, spear. It would be my guess that similar training would occur in most modern military. One learns all sorts of things using projectile weapons, and probably spends a rather brief module considering what to do if, God forbid, it comes to bayonets in the dark.

Other sets, which could be "indoors, " are really for assassination or taking prisoners (for example, both Araki Ryu and Takenouchi Ryu have sets to take somebody unaware or worse while serviing them food.) Note that there was no particular squeamishness about deploying a weapon indoors either. The technique is far less important than the kiai - how can one organize oneself that you really do mentally disarm a wary individual.

The posture of most of these techniques will be standing or Iidori - on knees and balls of feet. If they are in seiza, something drastically has changed. Iidori is NOT to "strengthen the hips." It is a simulation of being on the ground, on all fours, so to speak.

SCHOOLS IN TRANSITION
This is my term for a school that really expanded in the Edo period. Takenouchi Ryu is, I believe one, but an example that I am more familiar is Kiraku Ryu. This school comes from the Toda Ryu, and the oldest sets are kogusoku, I believe - 'battlefield" grappling with weapons. The school has a lot of weapons, including the chigiriki (chain-and-staff), bo, kusarigama, sword, etc. In mid Edo, they added whole sets of techniques they explicitly called jujutsu - and they are, as I recall, more self-defense oriented, and some of them are empty hand vs. empty hand. They also have a lot of counters against short sword/knife - this curriculum expanded as this was a very likely type of combat in the towns, particularly vs. non-bushi.

Among the kind of techniques you see are blocks of overhand strikes, still using particular "fists" that are really only suited to hit a pinned opponent, countered with a block, lock and throw. (BTW - that's why karate, when it hit Japan in the 1920's was so revolutionary. Jujutsuka did not really know, for the most part, how to "box." The kempo component was largely very unsophisticated, and really didn't practice against someone who was bobbing and weaving - it wasn't needed anyway, in earlier times).

It was during this time that people started to do free-style grappling as well, just as people started to do kendo like practice. In the Sengoku period, learning to "chain" grappling or other techniques was, I believe, less important. Chip Armstrong's description of training for war in Koryu Books I, describes the effectiveness of pure kata training in this regard. it is my belief that one learned to get a responsive body, chaining standing techniques through sumo, and this would transfer as well as anything. On the ground, one wanted to pin and stab as quickly as possible. Takenouchi Ryu probably had the most sophisticated chaining within kata, however, going attack to counter to counter at times.

EDO JUJUTSU
As the Edo period progressed, in many ryu, weaponry, particularly that least relevant to the day, was dropped. Spear, naginata went first, as did chained weapons, and then sword. Remaining would be short sword/tanto and an expanded empty hand curriculum, again with most of the scenarios countering superior force. Examples would be Tenshin Shin'yo Ryu as one developed for this purpose, and Kito Ryu as one which devolved into this (used to have an array of weaponry). You will also see a lot of seiza, as opposed to iidori, and more and more standing techniques.

DAITO RYU
Let me really go out on a limb and briefly put my views on Daito Ryu in this. And these views are not about "does it work in the octogon, or on the street, " etc., - solely about historical provenance. The organization, the focus on elaborations of empty-handed combat, none of this can possibly be of a period of history that some claim - much less 1000 years old. The idea of "inside the palace" defense also doesn't make sense, as that presupposes that enemies, too, will not want to offend their victim by shedding blood. If you are intent on killing the Aizu lord, do you think that you will care if you break the rules on drawing a weapon inside the palace? A ten year kenjutsu ka against a 10 year unarmed aiki man? Armed man wins almost all of the time. Maybe not against Takeda, or Ueshiba in the garden, but this story presupposes a whole palace SWAT squad of empty-handed martial geniuses. It seems to me that were I concerned about assassination, I'd want my folks to be prepared for people who DIDN't obey the rules. (An example of this is Masaki Ryu - the original manrikigusari was wrapped in cotton and sewn black silk, and stuffed in the belt. Someone makes a move with a dagger, for example, and they suddenly get a chunk of iron in their temple. Far better than a joint lock, no matter how skilled - and far more sure of success as well).Daito Ryu's particular concentration (proved in that it had to incorporate/associate with OTHER ryu such as Onoha Itto Ryu assoc. with it for weaponry, meaning it didn't have it's own sogo bujutsu component), indicates that it was, I believe, the truly amazing creation of Takeda, a man who was able to find the line in almost any configuration he got into with another person and "make a technique" out of it. The MOKUROKU got created by the note-takers - his son for example, who organized all he passed on. Again, as I am aware that, for some reason, this subject gets everyone awash with prickly heat, I'm answering a question about recognizing age of method through looking at the techniques. I am not postulating if Daito Fighto is Mighto or Lighto.