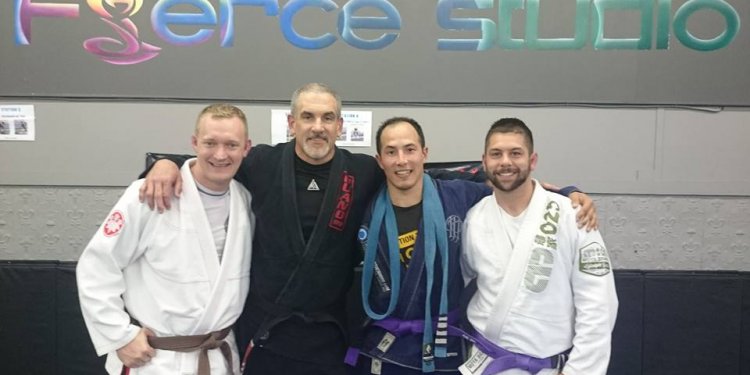 KoKoDo JuJutsu; Feeling is believing!
A martial art specializing in the use of wrist locks, joint manipulation & targeted pressure along key meridian points, to dissuade an attacker's will to continue.

Gentleness overcomes anger, you just need to learn how to relax and throw away power.

At Sadohana you'll find a safe, beginner-friendly training environment and a welcoming community who will support you as you develop your mind and body. We are the most senior dojo in all of North & South America to teach Nihon Densho Budo KoKoDo Jujutsu, a traditional Japanese martial art based on the philosophy of humane self-protection.

This elegant and powerful martial art works on the principle that you don’t have to rely upon sheer strength, size, or brute force to defeat an opponent. With relaxation, focus, efficient techniques, and proper use of Ki (also known as “chi” or “qi”), you can swiftly neutralize a larger opponent and shatter their will to do harm – without causing serious permanent injury to the attacker.

Enabling you to train into your twilight years without injuring yourself or your training partners~while giving your premium self protection techniques to keep yourself safe in the world!

Kyoshi Michael Seamark Michael Seamark began his Budo journey in the early 80s and was first introduced to Irie Soke and KoKoDo JuJutsu as a Blackbelt of Hakkoryu JuJutsu & Hakko Denshin Ryu. In 2005 after many years of practice he earned the rank of Shihan. In 2007 he earned Menkyo-Kaiden. Then in 2011 Irie Soke invited Michael to return to Japan where Michael trained directly with Soke for over 20 days and underwent the highest technical level and certification call KoGyoku. Then in 2012 Seamark became the first student to receive the title of Kyoshi from Irie Soke.

Currently Kyoshi Seamark holds the rank of Hachidan or 8th Degree in KoKoDo JuJutsu and oversees KoKoDo for the Americas & New Zealand.

Spending much of the time teaching seminars, private classes and open classes he along with his wife Shihan Diane Seamark, operate Sadohana Dojo Hombu Jikimon in Vancouver & Gibsons BC full time. Michael Seamark is the most senior ranking representative for KoKoDo Jujutsu in North and South America.

Our Japanese JuJutsu is called KoKoDo JuJutsu, a traditional self-protection art that specializes in high level Aiki, joint locking and seizing techniques which seals and neutralizes the power of an attacker and destroys the opponents ability to fight.

Meet the Head of the KoKoDo Family

Irie Soke trained in Hakkoryu JuJutsu under its founder, Ryuho Okuyama, and received the highest rank in 1977. He was the head instructor of Hakkoryu JuJutsu So Hombu Dojo for many years but left in 1993 to create his own style of jujutsu and shiatsu. He has spent the past 22 years creating new techniques and refining his unique practice.