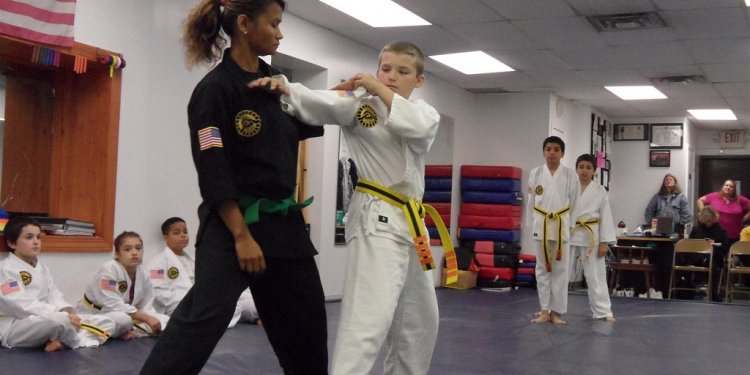 Usually, the first question I get asked is: "Which is it, Kempo or Kenpo?" (as it is commonly written both ways). The answer is: "It's both, and it's neither." All Zen aside, let's answer another question first...

Ken·p - (literally "fist law"). Kenp, also known as Kemp, is a 'common' Japanese term used to refer to unarmed martial arts, and is sometimes used as a blanket term for martial arts in general.

Typical translations can be "fist principles", "way of the fist", or "law of the fist form". Kenp is typically defined as a Japanese martial art using holds, throws and in particular, stunning blows, to subdue or disable an opponent.

Now, back to our first question…

If you have read the discussion on the correct spelling of Jjutsu, you know that there is always the potential for confusion over the spelling and/or pronunciation of Japanese words when they are used in English. That is especially true with the word Kenpo, or Kempo.

The Kanji (Japanese/Chinese characters used for writing), taken separately, the first character, "Ken" means fist, while the second one, "H" means law. When read together as a single word, it can be transliterated as either "Kenp" or "Kemp".

Confused? Shouldn’t it be "Kenh"?

I'm not going to explain all of the technicalities of the Japanese language. I can’t even keep up with all of the crazy rules of English, much less a foreign language. Suffice it to say, when characters are put together to form new words, often the sound of the character changes.

This shouldn't be a hard concept to comprehend, as it is quite common in English as well. Otherwise, how do you explain that "tough" is pronounced "tuff". (Shouldn't it be "toe-ugg"?)

So, just as in English, Japanese words don't always sound exactly as they are spelled. As I said, I'm not going into how an "h" becomes a "p", and how an "n" becomes an "m". You will just have to trust me when I say that the term "Kenp" is the correct spelling of the word that is pronounced "Kemp".

Therefore, Kemp and Kenp are both acceptable forms of transliterating the Japanese name, and the meaning is not changed by the slight change in pronunciation, whether you say Kenpo, or Kempo.

Remember my answer to the original question? I said, both and neither are correct! What did I mean by that? Well, we have covered the "both", now let's cover the "neither".

If you will notice, I originally wrote the words as "Kempo" and "Kenpo", as they are commonly written in English. However, in my definition and explanation, I wrote Kenp and Kemp. Notice the difference is the macron (bar) over the "o".