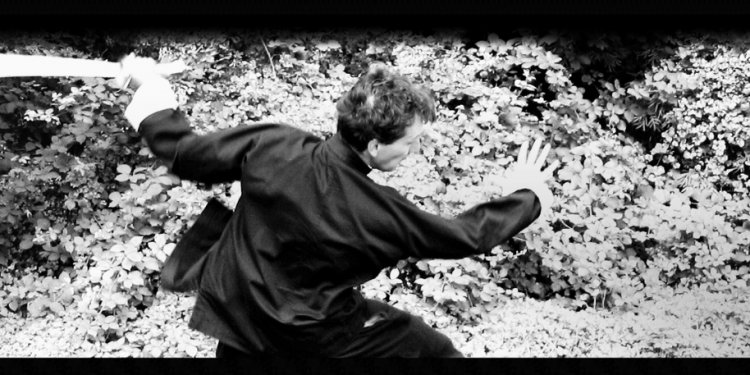 From Arima Judo Kyohon (1904). The author was the third person to join the Kodokan, and was a 4th degree black belt when he wrote .

Self-defense being natural to everybody, there is perhaps no country where the art of fighting unarmed, whatever its form, is unknown, but perhaps in no country has the art made such remarkable progress as in Japan. In the feudal days of this country there existed various schools of such art, being known by the different names of jujitsu, taijitsu, yawara, wajitsu, toride, kogusoku, kempo, hakuda, kumiuchi, shukaku, judo, etc. They are so intermingled with one another that any correct discrimination between them is almost impossible; for instance, one being nominally different from but virtually analogous to another, while the other varies from its namesake as regards its essential points. We may, however, state that, of these, toride and kogusoku are intended for the arrest of persons, while jujitsu and judo make it a specialty either to floor or kill one’s opponent and kempo and hakuda to kick and strike. Generally speaking, they may all be described as the art either of fighting with an armed or unarmed enemy, oneself utterly unarmed, or of engaging by means of a small weapon an enemy armed with a large one.

The various schools mentioned above have had their own foremost champions who, endowed with high intellectual powers, have assiduously devolved their whole life to the study of their beloved art. And they were duly rewarded. Not only have they succeeded, with wonderful knack or by means of real strength, in mastering the art of gaining a victory over an enemy, but they have contributed to the unequaled development of the art by discovering many fundamental rules bearing on manifold maneuvers against one’s antagonist, delicate movements arising from harmonious muscular action, display of pluck, training of intellectual faculties, etc.

Opinions differ as to the origin of the art. One traces it to Chin Gempin, a naturalized Chinese, of whom mention is made in the following paragraph. Another attributes it to Shirobei Akiyama, a physician at Nagasaki, who is stated to have learned three tricks of hakuda in China. A third, on the other hand, claims the art to be the production of pure Japanese ingenuity.

To state more in detail, Chin Gempin was naturalized as a Japanese subject in 1659 and died in 1671. While sojourning at the Kokushoji temple at Azabu, Tokyo (then Yedo), he, it is stated, taught three tricks of jujitsu to three ronin (samurai discharged from their lord’s service). These ronin were Shichiroyemon Fukuno, Yojiyemon Miura and Jirozayemon Isogai, and after much study, they each founded their own schools of jujitsu. It is beyond doubt that what was learned by them consisted of three kinds of atewaza (that is to say, striking the vital and vulnerable parts of the body) of the Chinese kempo (pugilism). We cannot, therefore, arrive at the hasty conclusion that Chin is the founder of jujitsu in this country, though it must be stated to his credit that his teaching gave an undoubted impulse to the development of jujitsu.

The second of the-three views, conferring upon Shirobei Akiyama the honor of being the pioneer of jujitsu in Japan, is maintained by one of the Shinyo schools and is not supported by any other schools. This theory, like the preceding one, can scarcely hold water, since kempo and hakuda of China, the latter of which arts Akiyama learnt in that country, were no doubt confined solely to kicking and striking, and it is highly improbable that jujitsu, the art of throwing and killing, was originated by him.

What then, you may ask, has given rise to such incredible traditions? It is possible that the authors of the two views expressed above found it expedient to give to the Chinese the credit of being the founder of jujitsu in this country, for by this action they might gain the greater confidence of the public than declaring themselves as originators of the art — a consideration quite natural to exponents of new ideas and things. This supposition is in a way explained by the fact that in former days the Chinese were held in high esteem in Japan, as were Westerners later, so high indeed that our forefathers often accepted with undue credulity anything attributed to Chinese school of thought.

What may be considered as a strong proof against the above mentioned views is that both yawara and toride are referred to in a book styled “Kuyamigusa ” (My Confessions) which was published in 1647, twelve years prior to the immigration of Chin Gempin. Moreover, the term kumiuchi is often found in still older books. These records afford ground for believing that jujitsu prevailed in Japan at a much earlier period. Further, the Takenouchi school, which is acknowledged by the majority of jujitsu professors to be the oldest of the kind, was founded in 1532 by Hisamori Takenouchi. It is therefore indisputable that that school was in existence long before Chin Gempin ever set foot on this land.

All these considerations go far towards confirming the claim of the third view, that jujitsu is indigenous and not foreign. It is true that the terms jujitsu, yawara, etc., are quite modern, but the art, in its initial stages, can be traced as far back as 24 B.C. In that year, so the record goes, Emperor Suinin ordered two strong men, Nomi-no-Sukune and Taima-no-Kuehaya, to wrestle in his presence. After fighting, which consisted mainly of kicking, the former gained the ascendancy and finally broke the ribs of his opponent. Elated by his success, Nomi went the length of trampling upon and breaking the loins of his vanquished competitor, which ended fatally to the latter. This record is generally accepted as showing the origin of wrestling in this country. Considering, however, the fact that Kuehaya was kicked to death, it seems that the contest partook more of the nature of jujitsu than that of wrestling.

In those ancient days there existed of course no distinction between wrestling and jujitsu and as the latter name was then quite unknown it may be that the tragic event was recognized in a general way as the origin of wrestling. Be that as it may, there developed in the Middle Ages, when the country was the scene of horrible wars and strifes, the art of kumiuchi which was a kind of wrestling applied to encounters on the battle-field. After many year’s development the art advanced to such a degree that even the weak often gained a glorious victory over a strong foe, thus encouraging every aspiring warrior to train himself thoroughly in it. As years went on the art made a two-fold development. It gave rise, on the one hand, to wrestling, properly so called, which, as it developed, lost its practical use, and, on the other, to jujitsu which has since attained almost unprecedented perfection. It need scarcely be said that jujitsu serves one as a valuable aid in emergencies.

A gem cannot be polished without friction,