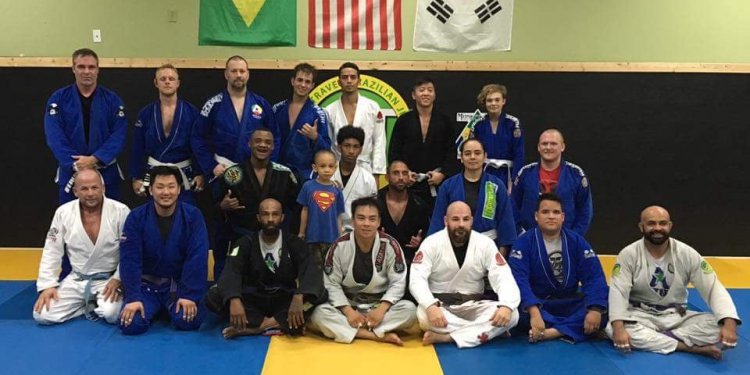 Editor’s Note: January is “Fitness Month” on Havok Journal. In this article, Christopher Paul Meyer offers his opinion on the five best martial arts out there for veterans. What do you think of his list?

You’re a vet. You’ve lived more than most people have experienced at the movies. But do you really want to spend your life thrilling civilians with stories about your first night jump or how you almost made it through Selection? You’re not a loudmouth and you don’t want to rest on your laurels. You just miss the camaraderie of military life, the refinement of a particular skillset or the adrenaline rush of doing something most people don’t sign up to do. Maybe you miss honing your warrior mindset. Maybe you need to do something to remind you that you weren’t always a desk-driving mid-level manager. Or maybe your body doesn’t live up to your resume and you need to lose the holiday weight. Maybe you need an activity that is equal parts therapy, stress-release and exercise.

Maybe this is the year you make a resolution to take up a martial art.

But where to start? The strip mall “Korean Karate” school where you send your kids? The thrice-weekly boxing class at the YMCA? The Craigslist Ninjitsu master advertising classes in a storage facility on the outskirts of town?

I wrote this list for you and I offer it with an absolutely closed mind. It is not open to debate. It is mathematically, spiritually, emotionally and scientifically correct. In it lies your destiny.

Muay Thai
A school teaching the ancient martial art of Thailand is about as hard to find as a Starbucks thanks to the UFC and the burgeoning MMA scene. When you were still collecting paychecks from DoD, you probably remember seeing a military-friendly Muay Thai school just off post with a name like Combat Skillz Training Center or Tactical Death Headsmash Academy.

Here’s the secret: there is absolutely nothing special about Muay Thai. Sure, there are great Muay Thai strategists like Phil Nurse and Mark DellaGrotte. But, at the end of the day Muay Thai’s barrage of elbows, knees, heel kicks and punches are effective because a Muay Thai fighter does not get tired. Muay Thai is all about conditioning. You learn to take a punch (or a kick, or a knee or a…). And you learn to give three back.

So if you want to be a lean, mean Alpha Male machine, Muay Thai is your fix.

Brazilian Jiu Jitsu
Staying with martial arts that combine the popularity of barbed wire tattoos with the ubiquity of movies starring Jennifer Lawrence, let’s talk about BJJ. Ever since it dominated the early UFC competitions, thirtysomething males have flocked to BJJ like thirtysomething women flock to yoga.

Of course, if your military career ended sometime in the past decade, you already knew that, since BJJ is at the root of most military combative programs (except the Marines’ MCMAP, because, you know, Marines). You’re probably still wrestling with PTSD from that time your meal at Buffalo Wild Wings was interrupted by a platoon-sized element of privates loudly pontificating about omoplatas and kimuras. So why in God’s name would you risk becoming one of them?

It’s like joining a chess club that gets you in shape. More than most other martial arts, the infinite varieties of attacks and defenses, conducted mostly on the ground, can put the dampers on strength, youth and size, so, no matter who you are, you can spend the next twenty years making gains. Unlike a chess club, though, most BJJ schools have a pretty high level of camaraderie — having plenty of opportunities to compete tends to build that team spirit.