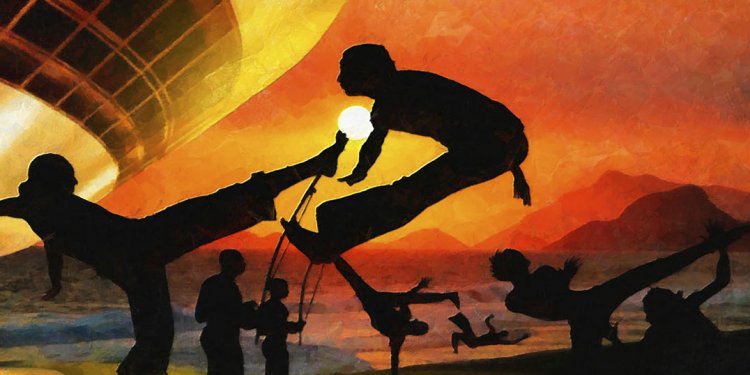 When Robert Fitzsimmons met Gentleman Jim Corbett in 1897 he took a horrific beating. Ruby Rob's nose was open by the eighth and his face was masked by blood by the tenth. Each time Corbett lead he connected. Each time Corbett hit the body, Fitz spat blood. Then in the fourteenth round Fitz put an end to it all with a punch which captured the imagination of the sporting world. Few were there to see it and the film was borderline worthless, leading this punch to become one of the most mythologized in ring history: the Fitzsimmons Shift.

Shifting is the act of stepping into another stance as a punch is being thrown. Simply put, it is the act of walking with a punch rather than sliding with it. The Fitzsimmons Shift was a digging left uppercut or hook to the midsection as Fitz stepped forwards on a diagonal to the right with his right foot. Here is an illustration from USSR head coach K. V. Gradapolov's Tactics of the Foreign Masters.

And here's one from Boks, I'm not sure what the English translation on that is though.

Gradapolov loved shifts and they made it into every book he wrote. They can still be seen in boxers trained in former USSR states from time to time. Gennady Golovkin is always walking with his punches:

You might well think that this would start a trend in which everyone and their mother learned to shift, but that was not the case because the shift is an act of wily craft but it is also an act of bravery. A shift requires leaving one stance to step into another and at the point that the back foot leaves the floor, the weight is committed through the full step. In the upper echelons of boxing, wherein small openings are quickly filled by counters which have been practiced into instinct, the focus of all techniques is the economy of motion and the fighter's ability to stay on balance and protect himself at all times. The great textbook boxers like Joe Louis and Sugar Ray Robinson didn't shift for this reason. The shift opens up a whole world of offensive possibilities, but the consequences of getting hit while stepping or with the feet together are tremendous. Get hit with your feet out of position and it doesn't matter how good your chin is, you're going to get knocked over and in boxing that means and instant 10-8 round for your opponent.

It has happened to pretty much every effective switch hitter, no matter how talented. T.J. Dillashaw against John Dodson, Demetrious Johnson against the same, Dominick Cruz against Urijah Faber, hell it was a common feature of Naseem Hamed's career. If you switch stances on the regular, you will get clipped out of position at some point. You might remember that Jose Aldo loves to use a running left hook to the body:

Attempting an almost identical lunge into a left hook ran Aldo onto a left hand which ended his night early against Conor McGregor. But once you understand the dangers of shifting and realize that the whole point is to change things up on the opponent, not to smash the idea into the ground and become just as predictable in your own notion of unpredictability, shifting becomes a lot less scary.