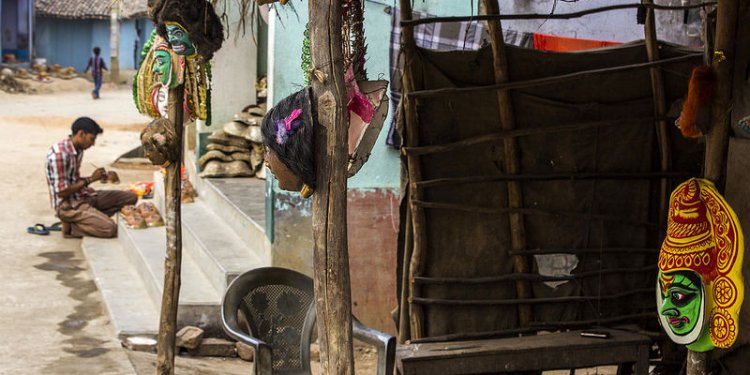 By Liang Shouyu Translated by Bill Chen and Mike Sigman

Please bear in mind that "Wushu" translates to "martial arts" in general in this context, and does not imply the negative connotation of empty showmanship that some "wushu" may have gained.

[In this version, I have changed the Chinese romanization to consistent Pinyin style. TWC]

Martial arts or Wushu, have been created and developed for self-defense and survival throughout human history. Correct Chinese Wushu training improves physical ability, health, and willpower; it gives an individual an excellent method of exercise, a personal art form, a competitive sport, and a basis for self-defense and sparring. Total martial training includes Ti (kicking), Da (punching), Shuai (throwing), Na (controlling), Gi (hitting), Ci (thrusting), etc. Related to each style are basic forms, or sequences, which may involve defense strategies, offense, retreat, mobility and immobility, speed and slowness, hard or soft postures, emptiness and fullness, with or without weapons.

Other training will include practical defense using that particular style, defense simulation such as two-man choreographed sequences for beginning contact training. There are also internal and external body training methods to strengthen the body to withstand strikes and blows. In the advanced stages of training, a student begins full-contact training by sparring with semi-control in order to add realism to the training.

Wushu (literally, "martial methods") was historically termed "Wu-Yi" or martial arts. Fairly recently, the Chinese government changed the term to "Guoshu, " or "national method." The term most popular in North America is "Kung-fu, " which actually means one's ability in any skill, not necessarily martial.

Under the present Chinese government, the term "Wushu" is accepted. Ancient Chinese history records that during the "Spring and Autumn" and the "Warring States" periods (770 B.C. - 221 A.D.), the king of the Zhou kingdom ordered a sword contest. A young woman by the name of Yuh Niuy emerged from three thousand swordsmen as the ultimate victor in a seven-day contest. Her sword methods and philosophies were passed down for a thousand years. Some of her writings expound timeless Wushu philosophies. For example:

"When fencing, though highly alert, The appearance is as calm as a fair lady's But when in action, a vicious Tiger emerges.

On a similar note:

"Weak and exposed in appearance; But powerful when unleashed. One's reactions may start afterwards, But the response arrives there first."

One further writing by Yuh Niuy dwells on the essence of Wushu:

"The Way is so small and simple, but the meaning is timeless and profound. The Way has an entrance; it also has a Yin and a Yang. The entrance constantly opens and closes, Yin and Yang weaken and flourish. When the Way is battle, be full-spirited within, But outwardly show calm and be relaxed; Appear to be as gentle as a fair lady, but react like a vicious tiger. Though hidden within, the spirit of the body moves; Though obscured like a setting sun, the spirit moves like an unleashed rabbit, Catching the body and outrunning shadow like a mirage. Back and forth in one breath. The spirit cannot be retained in form. And, though ever moving, it cannot be heard."

Ever since the Zhou Dynasty, which ended in 771 B.C., practical Wushu training has included basic skills, such as strength training, fencing, staff sparring, spear training, etc., and it has also included training by using forms, such as the Shaolin Eight Methods, with the basic form supplemented by weapons forms, two-man forms, staff forms, etc.

The emphasis and importance of this type of martial training has played an important role throughout Chinese history. During the Tang Dynasty (618-907 A.D.), which was one of the most powerful periods of Chinese history, warriors were actually chosen through martial competition and officers were promoted through this same sort of competition. Since at that time communications were well established with many neighboring countries; Chinese Wushu had a pronounced impact on these countries and was called "Tang Soo Do, " the Way of the Chinese Hand. During the Ming Dynasty (1368-1644 A.D.), various forms of Wushu were well established in Korea, Japan, Tibet, and many other countries. What is called "Karate" is actually a descendent of Southern Chinese boxing forms, and similarly, Judo can trace its origins to the importation of Chinese wrestling and Qinna, the precursor of Jiu-jitsu.

This spreading of Chinese Wushu has interested martial-arts researchers; some researchers have found many rare martial arts styles from records or isolated practitioners in neighboring countries. Currently, Wushu styles are being openly taught, with martial artists sharing their knowledge and comparing their styles. This movement has brought harmony to the martial community and has encouraged the polishing of the individual styles. Training in the various styles of Wushu has been supplemented by modern knowledge of physiology and the health sciences.

Today, Wushu needs and uses recent advances in sports medicine, nutrition, etc., because it is often practiced as a highly demanding sport and a delicate, complex art form...not just a system of self-defense.

FORMS AND CLASSIFICATIONS OF WUSHU

To attempt to classify Chinese Wushu is very difficult because of the number and variety of styles in the enormous country of China. Don=t forget that one-fourth of the world population is in China! Traditionally, Chinese martial arts are classified by one of three methods:

Roughly speaking, the difference between internal and external styles can refer to whether the strength is from the torso and legs (internal) or whether the strength is derived from training of the more specific arm and leg muscles (external). The word "internal" often connotes a more pliable martial style. Southern or Northern styles naturally refer to the general origin, but finer distinctions are often made about style differences of these two schools.

Shaolin boxing styles are generally said to be derived from the form of fighting practiced at the Shaolin Temple in Henan province. Similarly, Wudang is the name of a mountain used by Taoists in Hubei province and Ermei is a significant religious mountain in Sichuan province.