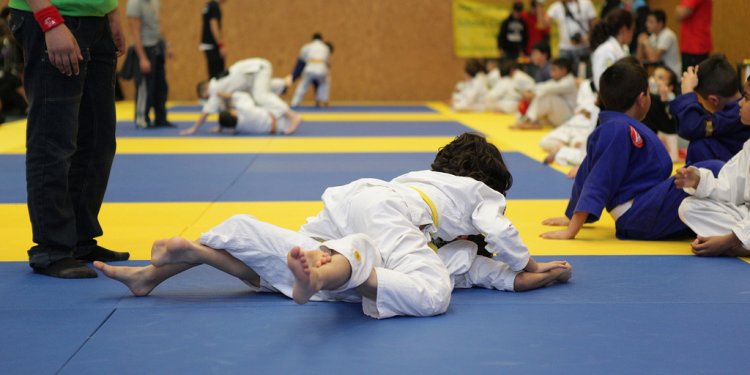 Aikido is a Japanese martial art created by Morihei Ueshiba during the early 20th century. Its early incarnation was based on Aiki-Jiu-Jitsu, a samurai-based fighting style incorporating joint locking, hard throws, chokes and bone breaks. As the founder aged and moved toward a more religious frame of mind, he softened this art into what he coined Aikido, the way of harmonious spirit, which uses techniques that control the attacker without causing any permanent damage or injuries.

Aikido is performed by redirecting the force of an oncoming attack. Then, without stopping the initial movement of the attacker, a controlling lock, projection or takedown is completed. Aikido requires very little physical strength, so it is ideal for women, men who don’t “live in the gym” or older people past their physical primes. Men who are highly muscular or big and strong can do Aikido, but more often than not, they tend to use their power to force techniques instead of letting the techniques do the work for them. This, however, can be overcome and all people, regardless of their size and strength levels, can enjoy the art of Aikido. There is no kicking involved with Aikido, so great flexibility is not required. Younger people may find Aikido difficult, not due to the techniques or training, but to the philosophical mentality of controlling your opponent, as opposed to a simpler concept of kicking and punching for self-defense.

Arnis, also commonly interchangeable as Kali or Escrima, is an empty-hand and stick-and-knife-fighting martial art originally created in the Philippines. Arnis was not developed as a structured system, but is rather a final product created from the collected input of native people during times of social and political unrest. As such, interchangeable names, terms and techniques are found throughout this ever-changing martial art. Generally speaking, Arnis is a weapon-based self-defense art. Empty-hand techniques are practiced, but stick offense and defense is its most known characteristic.

Arnis can be practiced by nearly everyone. Men, women and children should have no problem with the physical requirements of this martial art. Footwork drills, wrist and arm stretching and basic single- and double-stick drills are part of nearly all Arnis class exercises and don’t require an overabundance of physical output. There are usually no hard takedowns or intense ground work, although instructors’ class material may vary due to the many variations of Arnis that you may encounter during your search. People who are not comfortable using weapons or those who want more physical contact during a self-defense class may shy away from Arnis as their chosen art.

Karate, arguably the most well known of all the martial arts, is a Japanese striking art that utilizes a variety of offensive techniques to overcome an opponent. These include punching, kicking, elbow strikes and knee strikes, as well as a variety of specialized hand attacks that include knife-hand, spear-hand, palm-heel and hammer-fist strikes. Karate is a “hard-style” martial art, meaning that there are many varieties of strong blocks that you use to stop your opponent’s oncoming attack. Also, you are taught to generate power with your kicks and punches through consistent practice in the dojo (training facility).

Class material will vary by instructor, but a general Karate class will include warm-ups, stretches, kata (a set series of movements designed to perfect form, speed, balance and power) and sparring. During sparring, you will strap on pads over your head, feet and hands and be able to test your offensive and defensive skills against another practitioner in a controlled, safe setting. Karate is great for younger children as well as adult men and women. Karate teaches and maintains discipline, which helps young people, particularly teenagers, to stay focused and on the right path as they enter adulthood.

Kung Fu is nearly as diverse as the entire martial arts community. Developed in China and considered the grandfather to nearly all martial arts forms, Kung Fu offers something for everyone. From hard styles to soft, from internal to external systems, the offerings are staggering. Some schools focus on form training, while others concentrate on self-defense. Techniques could involve trapping, striking, high and almost gymnastic-like kicks, joint locking and many more, depending upon the particular system.

It’s crucial to visit several Kung Fu schools to observe exactly what is taught and if you feel comfortable enough to give it a try. Different body types, people with varying flexibility and mobility all can become great Kung Fu practitioners. However, it may take some time to sort out which school works best for you. But when you do, you can enjoy years of practical self-defense training.