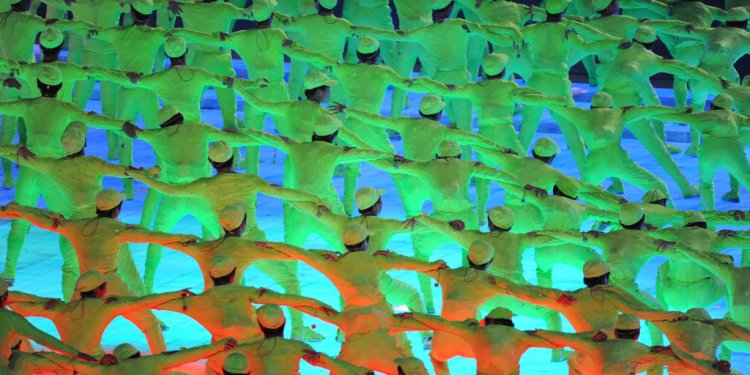 For many practitioners, one of the most challenging components of karate training is learning the nuances of the terms used in the dojo. Any instructor can offer a one-word definition of each Japanese word, and that can certainly lessen the complexity of what’s being taught. But often a quickie translation isn’t enough to convey the true meaning of the terms the Japanese chose to describe the concepts of karate.

Unfortunately, the average student seldom gives it a second thought. When he’s told that bunkai means “application, ” that’s the end of the story as far as he’s concerned. Few have the time or the inclination to delve into the kanji characters that compose each Japanese word, says goju-ryu karate expert Chuck Merriman.

“The misunderstanding comes from just physically training in karate and not really studying karate, ” Merriman says. “The important thing is the kanji. They can mean a lot of different things depending on how they’re written.”

That lack of understanding often leads to certain words being linked to the wrong meaning, says the Waterford, Connecticut-based instructor. “The true meaning of these words isn’t important if you only practice karate for exercise or sport, but for karate-do — the physical, mental and spiritual study of karate — it becomes very important.”

In this article, Merriman identifies 10 often-misunderstood karate terms and sets the record straight on what they really mean.

Bunkai
Misunderstood meaning: application
Actual meaning: analysis
Why it matters: When Merriman says bunkai is one of the most misunderstood terms in karate, he’s speaking from experience. “The first thing I do when I run seminars is ask people what bunkai means, and the first answer is invariably ‘application, ’” he says.

In fact, the word refers to analyzing a technique by looking at the overall movement and breaking it down into the individual components, he says.
“Bunkai is not the obvious, ” he continues. “It’s like having an outline that’s not filled in.” Furthermore, it can change over the years as your body, experience and depth of knowledge change. There are three levels of bunkai, he says. The first, kihon bunkai, is basic. Everybody does the movement exactly the same way. It’s like learning kata, he says. The second is oyo bunkai. It refers to varying the movement according to your body size. The third, renzoku bunkai, entails a continuous action whereby you do one technique, then your opponent executes a different one. “It’s almost like fighting, ” he says. “It’s a gradual progression, almost a free exercise, but it’s not sparring.”

Bushido
Misunderstood meaning: warrior way
Actual meaning: military-gentleman way
Why it matters: Based on the characters bushi (bu—military, and shi—gentleman) and do (way), bushido refers to a method of training designed to enable you to protect yourself and others, Merriman says. The Okinawan interpretation isn’t aggressive; it’s defensive, he adds. “Bushido is not, ‘Let’s attack those guys.’ The term sanchin means ‘three conflicts.’ The three conflicts are mind, body and spirit. That’s where the warrior comes in; that’s the battle. If you train properly, you won’t be so quick to take offense and jump into fights because you’re more secure in yourself.”

Dan
Misunderstood meaning: degree
Actual meaning: level, step or grade
Why it matters: When karate was introduced in the West, many people erroneously believed that anyone with a black belt was an expert, Merriman says. That may also account for their tendency to refer to dan ranking in terms of degrees. “It’s the furthest thing from the truth. There are different levels—from shodan, or first level, all the way up to 10th dan—[which mark your] progress throughout your career in karate.”

That’s one reason he’s a little skeptical when he runs into a 20-year-old boasting about his fifth-level black belt. “It doesn’t add up to the training time and experience you need to achieve that level of expertise, ” he argues. “Of course, if it’s just for sport, everything is based on how many tournaments you win and what seeding you have. So, in that respect, you could be a 20-year-old fifth dan.”

Dojo
Misunderstood meaning: academy, school or studio
Actual meaning: “way place, ” a location at which you study the deeper aspects of karate
Why it matters: Derived from the words do (way, or a philosophical approach to training) and jo (place), a dojo is not just “a building where you go to practice karate twice a week because you don’t want to go bowling, ” Merriman chides. It’s a place where you learn a traditional art and acquire a new viewpoint on life.

Kata
Misunderstood meaning: prearranged set of movements
Actual meaning: form or shape
Why it matters: “Kata is much deeper than can be summed up in a couple of words, ” he says. “It’s a way for a student of karate-do to set a pattern of training for a long period.”