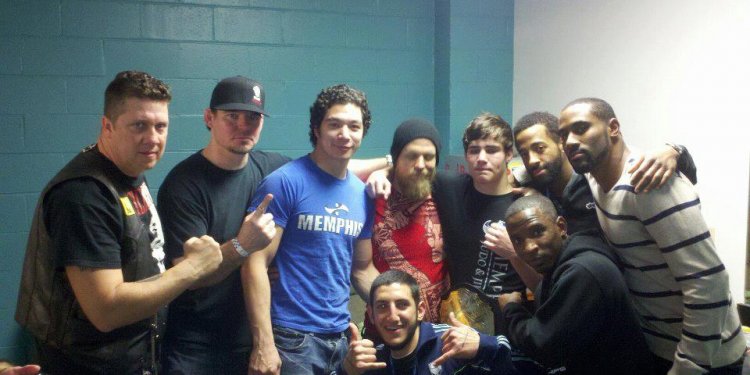 I'm surprised I have to explain this to people but I often do. I cannot tell you the number of judo players I meet who are convinced that jiu-jitsu will help their matwork. If that is true (and it often is) it's because their matwork really sucks.

The haters who only read the first paragraph are now writing long diatribes on how a purple belt in jiu-jitsu could kick my ass (maybe, by the time you are an old grandma - or grandpa -, a lot of people can kick your ass, and the judo and jiu-jitsu coaches that pretend different are delusional).

The reason jiu-jitsu does help some people is their matwork totally sucks. They spend all of their time at judo practice working on perfecting their throws. Not surprisingly, then end up with great throws and terrible matwork. So, they go to jiu-jitsu where 90% of the time they work on matwork and, no surprise again, their matwork gets better.

This proves - what? That you get better at the things you work on.

HOWEVER, I have seen over and over those people who are doing all of their matwork at jiu-jitsu never win a single match in a judo tournament using matwork.

Here is why - the rules are different. In jiu-jitsu you get to roll around for quite a long time trying to get a score. That's fine, that's the rules of the sport. In judo, you do not. You get a few seconds and then the referee makes you get up. This isn't a discussion of who would win if a judo player and BJJ player got in a fight. See my earlier post on unicorns for my opinion on that. This is a discussion of whether BJJ is the best way to improve your judo matwork. I would suggest it is not.

What if you don't have any people in your judo club who are near your size and the BJJ club has more people who are your size/ age to train with? Even in that case, I think I would stay at my judo club and do drills of judo matwork.

I would do drills like the Collect the Arm and then connect it to the pin combination shown here.

I once had a disagreement with a judo coach who was in favor of having excellent BJJ players teach our players armbars. He said to me,

"Just ask the players. We went to this guy's club and he did moves they had never seen before."
Why do you think they had never seen them? The players weren't stupid and neither were the moves he taught. The armbar combinations he did were great - for jiu-jitsu - but in judo, they often took longer to set up than the rules allowed.

What I see as one of the biggest problems with matwork for most judo players is that they are too slow to pull it off in the few seconds the referees allow for you to "show progress". Training in jiu-jitsu, with different rules and more of an acceptance of matwork makes that weakness worse, not better.


In other words, if you want to do well at a sport, train in that sport.
Captain Obvious is all over the place this morning, no?
Source: drannmaria.blogspot.com