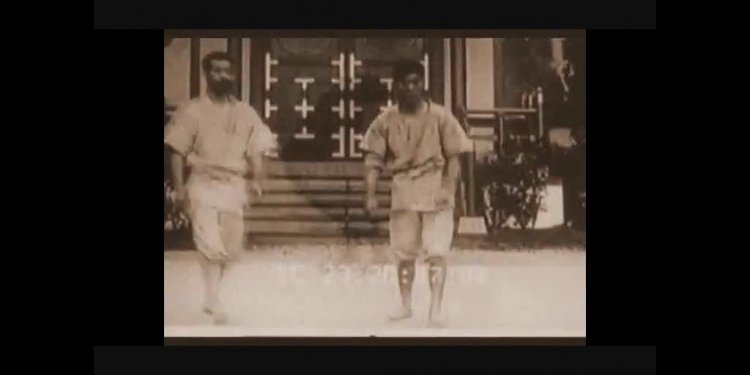 My name is Ormond Morford and my friends thought I was crazy to try jiu-jitsu at my age… Too old, too fat and too inflexible. This is a young man’s game and walking through the dojo door that first day, I thought maybe I was a little nuts too.

I had decided to take jiu-jitsu when I retired three years ago at sixty years old. I needed something to keep me motivated to get regular exercise, including lots of stretching. I had always been interested in martial arts and jiu-jitsu seemed like something I could do. Although I had never done any wrestling, it did not appear too complicated or difficult. So I thought that I would give it a try.

I soon discovered that I could not beat the younger guys through strength and determination alone. They were so much stronger, more limber and quicker than me. The first few classes I attended were discouraging. I seemed to leave each class with a new set of bruises. What was I thinking?! The harder I tried, the more bruised and beat up I got.

My instructor, Chris Jones, at Durango Martial Arts said that I was trying too hard and to just relax. I had always been fairly strong and had done some kickboxing in my younger years, so I had assumed that I just needed to apply that approach with increased determination to jiu-jitsu. However, that is not how jiu-jitsu works and it slowly dawned on me that my instructor was right. When I was trying hard, I was probably doing it wrong.

Armbars, triangle chokes, kimuras and omoplatas… it was all a mystery to me. It took me about six months to relax and just focus on learning the leverage and techniques that apply to jiu-jitsu rather than trying to muscle my opponent around. I began to get a little more limber and learn the basic positions of Brazilian jiu-jitsu. Then I could start learning about the various submissions.

I do have to say there were many times when I was discouraged and wanted to quit, but Chris kept encouraging me and kept reminding me to stop trying so hard. He pointed out that the difference between a white belt and a black belt is that a black belt was at one time a white belt who just kept plugging away and did not get discouraged and quit. He didn’t buy my story that I was too old and would never get it.

Jiu-jitsu was not tailor-made for me, but I could tailor my training to make it work for me. One thing that helped was that the gym began offering private lessons and I connected with a young purple belt, Matt Young, who took me under his wing.

We began to methodically go through the basic passes, sweeps, submissions and defense of submissions and I started to make slow, steady progress. I began visualizing some of the basic jiu-jitsu moves when I was not even at the gym and that seemed to help lay down muscle memory patterns almost as well as drilling the moves in the gym and with a lot fewer bruises.

Being older, another problem I had was my memory. I would quickly forget which moves I had just learned, not to mention how to do them. So I decided to start keeping a training journal.

I am a very methodical, left-brained person. My learning seemed to become less random and haphazard when I began writing my own curriculum. I gained a certain comfort level with my learning, where I was going and where I had been.

It got so I could hold my own against other students with similar experience. I began enjoying my training sessions and I could see The Plan of how to gain a progressive knowledge of the sport and how to monitor my progress and fill the holes in my game as they became apparent.

As of this writing I have been training for about three years and I am currently a blue belt working toward my purple belt. Adjusting my training to make it appropriate to my age has been a challenge. I can remember one time when a young purple belt was snickering, because I could not finish my triangle choke. So I just squeezed down harder and accidently broke wind in his face. We both ended up rolling on the floor in laughter.

Some of the younger students don’t really understand my situation. They assume that since Helio Gracie was still rolling at age 93, I should be able to do it at age 63. But Helio had been rolling since he was a child and I am sure that he continually adjusted his game to accommodate his aging. Now I seek out kind and understanding partners who just want to share in the back and forth ebb and flow of advancing positions, defensive positions and defense of submissions. It is a lot more fun that way. I don’t get too exhausted or quite so banged up.

Interest in jiu-jitsu has been increasing dramatically over the past few years, especially with the popularity of the “Ultimate Fighter” and the UFC in general. A lot of folks probably believe that they are either too old, too overweight, not coordinated enough or the wrong gender to participate in a sport like jiu-jitsu.

Well, if a sixty year old retiree like me can begin the sport and be reasonably successful, why not give it a try? It is really fun and very motivating to improve your overall conditioning, flexibility and physical strength, not to mention your confidence level and feelings of accomplishment!

Stephan’s Notes and Additional Links: I love field reports like this. They give me hope that I’ll still be enjoying this great art when I’m sixty myself. Plus it gives us ‘young whelps’ some really good tips on how to be efficient with our own training!!