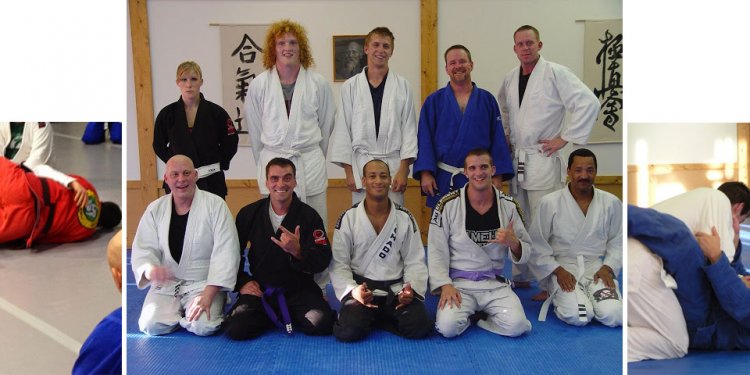 Two of the most popular martial arts originating in Japan are Aikido and Jujitsu. Both are close combat methods focused on the grappling category. They mainly employ throwing and striking techniques. Aikido and Jujitsu share the same roots in terms of philosophy. In fact, the latter would be an ancestor of the former. Their core essence is the ability to move from one technique to another to defend oneself. Their methods were developed around the principle of using an attacker’s energy against him, rather than directly opposing it. In spite of the notable similarity in philosophy, Aikido and Jujitsu came out to be very different with one another. Dissimilarities would include founding history, training style, techniques, level of lethality, and weapons.
As mentioned, Jujitsu is older than Aikido practically by centuries. Varying theories would have their own accounts on the origins of Jujitsu, but most claim that it began during the 17th Century in Japan. One theory says that it was founded by three ‘ronin’- Fukuno Hichiroemon, Miura Yojiemon, and Isogai Jirozaemon with some mentoring from a Chinese man. Another theory claims that it was by a doctor named Akiyama Shirobei. Aikido, although younger, would have a more precise historical account. It was founded and developed by Osensei, Morihei Ueshiba in the latter years of 1920’s, who envisioned it as an expression of universal peace and reconciliation, more than a mere fusion of martial arts.
In terms of training style, Jujitsu uses the principles of momentum based on opponent’s force, balance and leverage. Aikido, on the other hand, employs endurance, flexibility, and controlled relaxation. Pushing or extending movements are more frequently utilized than pulling or contracting movements. Both martial arts have less emphasis on strength training, thus classified as ‘soft’ art. They however require both physical and mental competencies as in just about all Japanese martial arts.
Most Jujitsu schools puts stress on methods that lock joints more than anything else. This is by basically disrupting the opponent’s stability. In the process of reducing his balance significantly, he’ll be susceptible to being outdone by throws or take-downs. Sensibly, strikes are intended to land exposed and defenseless parts of the body. This serves as a crucial element in disrupting balance as a pre-requisite to more aggressive attacks such as throws and take-downs. In the same token, movements tend to capitalize on an attacker’s momentum and openings in order to place a joint in a compromised position or to break their balance as preparation for a take-down or throw. Furthermore, most jujitsu throws go in a straight line. Generally, it is more lethal than Aikido and was essentially used for combat back then. In Aikido, basic moves for attack include both strikes and grabs, while throws and pins would be for defense. Unlike in Jujitsu, throws in Aikido are based on circular movements. Some of the basics would be a series of throws, namely four-direction, entering, heaven-and-earth, figure-ten and rotary throws. Most of which highly rely on joint locks.
Weaponry is one of the methods of combat in both Aikido and Jujitsu. Knife, weighted chain, helmet smasher, disguised weapons are some of those used in Jujitsu. Short staff, wooden sword and knife are used in Aikido.
Summary