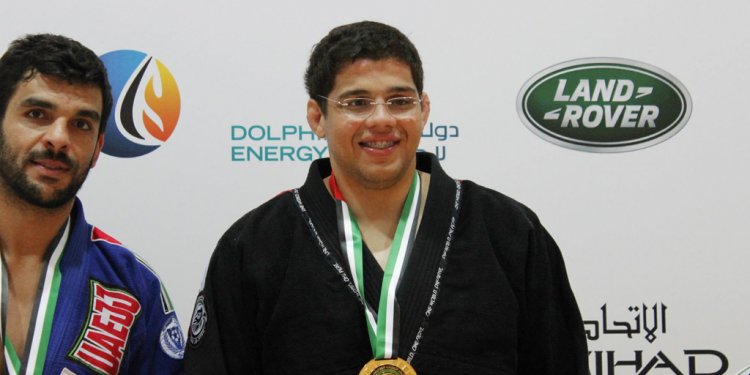 The Journey from White to Black Belt in BJJ

The belt system in BJJ is highly regarded, and for good reason. Unlike many other martial arts, where rank promotions can be acquired in relatively short periods and often with very little practical requirements, the Brazilian jiu jitsu belt system is quite strict and difficult to progress through. You know that unless he ‘bought’ it from a scumbag instructor or awarded it to himself, the holder of a belt is usually at the expected level of competency.

It can take upwards of 10 years to achieve the dan (black belt) grade, and requires not only technical knowledge, but also verifiable ability in sparring. Competition experience is also often expected. And as there are only a few belts, you will spend a long time on each one. Also, your progress will not be linear. You might spend 1 year at one belt and 5 years at another. It’s both an extremely challenging and rewarding institution, and it’s no surprise that the community pounces on anyone who messes with it.

Belts Are Not Always Good Indicators of Ability

Belt promotions don’t always go with hand in hand with skill or even knowledge and vary according to the coach and student. Sometimes it’s just down to time in service. Or it can be closely related to the practitioner’s raw fighting ability and competition performance. In fact, sometimes competitive performance can even slow belt promotion as coaches ‘sandbag’ their best students to increase their likelihood of medalling at tournaments.

In jiu jitsu the different belt levels generally equate with the student’s ability. But keep in mind that the dynamism and complexity of the art means that there are many parts to the equation, with physicality and athleticism being two that weigh heavily. So don’t be surprised (or judgemental) when the 56 year-old businessman who just received his blue belt after 2 years of hard training is smashed by the 22 year-old linebacker who just started coming to class 3 months ago.

The Plateau is Your Friend

Within each belt level there will also be many invisible sub-levels. You will often spend weeks or months on plateaus before being rewarded with a jump in ability. Sometimes it will actually seem as if you are getting worse instead of better. But the plateau is actually your friend and is itself an indicator of progress. It is those who have the mental strength to keep going when they find themselves on a plateau that break through to a higher level of ability.

Several years ago, black belt Roy Harris wrote a good article detailing what was expected at each belt. I have extrapolated on this and provided a breakdown of what I expect from my students at each belt. Keep in mind that these are just guidelines.

No matter what, remember to enjoy the process. Don’t be too focused on achieving the next belt or winning competitions and miss the ride.

As a white belt, your goal is to create a frame of reference for your future learning. This is where you figure out what you need to know, and start to formulate a plan for how to acquire it. Think of BJJ as a jigsaw puzzle that you are putting together. At the white belt level is where you create the bordering or outer edges of the picture before you begin filling in the centre. Using things like flow diagrams and a that focuses on the fundamentals will help greatly.

Learning to relax is an absolutely essential skill and white belt is the best time to acquire it. I cannot overstate how important this is. The only way you will be able to do this is by learning to control your ego.

Remember: nothing is expected of you at this stage. Try to focus your energy on taking in all the different aspects of the training experience instead of trying to win every sparring encounter.

A major enemy of the white belt is the tendency to try to acquire too much technical knowledge. It may seem counterintuitive, but at this stage learning twice as many techniques will not help you twice as much. It’s actually more likely to hinder your progress. It’s far better to get a deep understanding of a few basic movements and techniques than to get confused by an overwhelming number of possibilities.

Conditioning is also important for the white belt. Although several weekly bjj classes will eventually cause your body to adapt, this can be sped up with an intelligently designed supplemental training program. I discuss some of the methods I have had success with here.

Some Suggested Goals at White Belt: