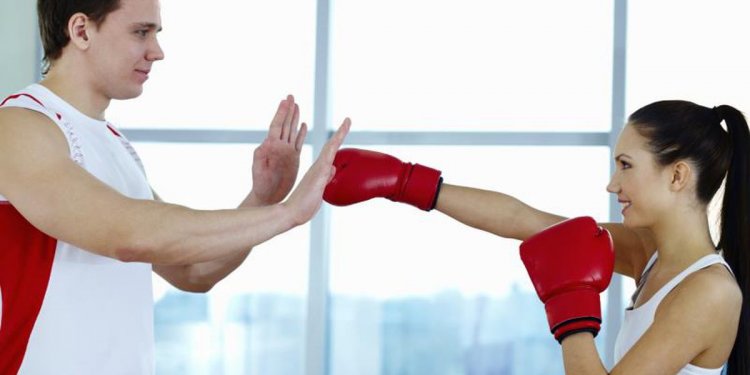 The grappling kids of today are the world champions of tomorrow. The talent of teenagers (and younger) nowadays is enough to make grown men cry - either out of fear, or frustration in not being able to pass their guards, or getting triangled for the fiftieth time in a row.

None of the kids on this list are over 14 years old but they still scare the crap out of us, and you should be scared too. And if they're this good now, just think how insanely skilled they'll be 10 years from now!

Since they were three years old, twin brothers Kade and Tye have been rolling around with their blue belt dad Chris. What started out as a game at home progressed into signing up at a gym. Nine years later, Kade and Tye are some of the best orange belts in the world, and their dad is a black belt. How things chage.

Training out of the Art of Jiu-Jitsu academy in Costa Mesa, the brothers learn from the noted Rafael and Guillherme Mendes. Though not twins, the world champion brothers have evolved into similar yet different fighters, much as the boys are doing. As you'd expect from students of the Mendes bros, they have excellent guards and love to berimbolo.

One look at their social media will tell you what kind of competitors they are. They are focussed and driven, yet they balance this with a playful creativity and willingness to try new positions. Due to their success they now train in the adults class, the youngest kids to be allowed to do so.

"Our goals for the near future are to constantly improve ourselves on the mat, in school and in life, " they say. "To avoid getting burnt out, we do other sports like surfing and skating and we have other hobbies like fishing and cooking. We can't ever imagine our lives without jiu-jitsu though."

13-year-old Alyssa hails from LA and trains at Checkmat under legendary world champ Leo Vieira. She's an orange belt in jiu-jitsu and began training jiu-jitsu alongside her dad at four years old after experimenting with gymnastics and ballet.

Her energetic nature took well to jiu-jitsu classes and she found an outlet that suited her. She's one of the most active kids competing in the SoCal area and is one of the main teenage representatives of the Checkmat team. "What helps me develop my jiu jitsu is having a supportive team, " she says. "and I always have fun and laugh." Alyssa trains up to three times a day and helps out with the kids class where her little sister also trains.

Alyssa has appeared twice on the Eddie Bravo Invitational (EBI) in teen superfights competing under no-gi submission-only rules. "I never really trained no gi and I never liked it, " she says, although she admits now that she's changing her mind. "EBI pushed me to be a tougher fighter to learn submissions I never used, and to fight for only submissions - now I really like that when I compete."

Her ultimate goal? Nothing less than to be a black belt world champion, have her own gym and travel the world teaching seminars. And why not?

14 years of age and from Rio de Janeiro, 'Moicano' is a green belt training under the supervision of Fernando 'Terere'. One of the all-time greats of his generation Terere started at an early age and has been quietly developing a team of youngsters in his image: technical, aggressive and very promising competitors.

Marques stands out as one of the most talented in the gym and he regularly taps out adults who outweight him by up to 20kg (45lb). With long legs and a killer de la riva guard he's a berimbolo machine who loves to learn new moves from YouTube.

The teen loves to compete and has been bringing home plenty of gold, including medals at the Brazilian Nationals and Rio Challenge.