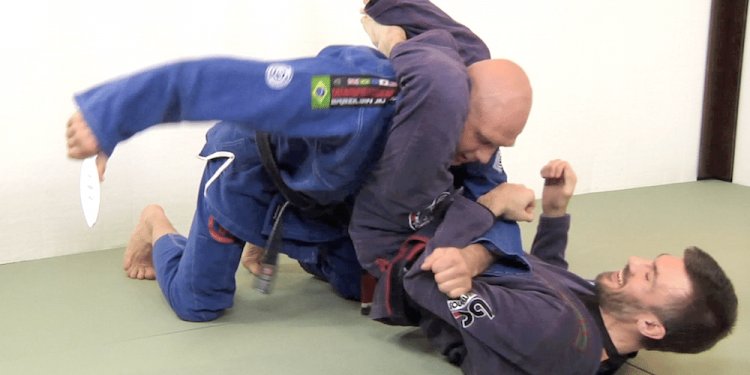 On this slow Sunday afternoon, I find myself reflecting on the time I spent with Bill “Superfoot” Wallace yesterday. Over the years, I’ve been blessed to be able to train with some legends of the martial arts — from kickboxer Bill Wallace to full-contact karate fighter Joe Lewis to Brazilian jiu-jitsu master Renzo Gracie — but I must say that the Superfoot seminar I just hosted ranks near the top of the list.

The reason is multifaceted: Wallace’s fighting strategies are top-notch, and they make more sense the more you interact with him. In addition, his delivery is entertaining, active and fresh. Finally, it all comes from a 70-year-old martial artist who’s probably forgotten more about fighting than you and I will ever know.

I say this not to make those who’ve never attended a Superfoot seminar feel inadequate but to encourage you to do so if you get the chance. One nugget of knowledge from a master like Bill Wallace can change the face of your journey in the martial arts. Don’t believe it? The following comes from an email sent by Don “The Dragon” Wilson:

“I took his seminar in the late ‘70s and attribute much of my success as a kickboxer to that experience! I still practice and believe what he taught. …”

Here are a few of my take-aways from Superfoot’s seminar.

• Humor is important in life.

Silat for the Street is the title of a new online course from Black Belt Hall of Famer Burton Richardson and Black Belt magazine. Now you can learn the most functional silat techniques whenever and wherever you want on your smartphone, tablet or computer. Get more info here!

Wallace laughed a lot during our almost four-hour class — and so did the participants. Through laughter, you can learn important things about this man: Wallace loves what he’s doing, and he loves people.

As a fighter, you already know that one of the hardest things to do is control distance. Joe Lewis used to speak of three distances that need to be controlled: horizontal, lateral and vertical. At Wallace’s seminar, I learned firsthand that the big problem associated with stopping a Superfoot kick is that you don’t know he’s moved close enough to hit you until it’s too late. By the time you’ve figured that out, he’s already planted his foot on your face.

Even worse for his opponents, Wallace’s jab, side kick, hook kick and round kick all take advantage of the same masterful footwork. He never penetrates the pocket or stays inside. He doesn’t have to. His horizontal distance — the straight-line distance from his opponent to him — is manipulated by a “Wallace rhythm” that’s light and difficult to follow. It is, however, easy to understand once he explains it.

The result? Superfoot’s victims are often left confused as to whether to use a block to protect a certain part of their body or try to stop the weapon that’s coming in. All too often, either course of action will be futile, and Wallace will immediately exploit the opening they so kindly give him.

• To hit Bill Wallace, you would have to evade that lead leg and fire at a target he leaves open.

Sounds easy, but doing that while facing Wallace’s battle-tested fighting stance requires you to attack the only targets he leaves “exposed”: his left arm and head.

Most opponents opt to go for the head — which Superfoot is probably hoping you’ll do. I say that because he immediately capitalizes on your entry into his domain. He moves his head out of reach and gives you his shoulder. Then his left hook proceeds to pound your head and ribs until his left hook is unleashed. If that doesn’t put you down, you’ll notice that when it concludes, his body is repositioned in a sideways stance that facilitates the launch of a rib-crushing side kick. After that, he just steps away as you fold to the floor.

Historical note: Bill Wallace’s record includes 13 knockouts that followed a side kick to the ribs. As he likes to say at his seminars, it’s hard to fight when you can’t breathe.

• As a coach, you can’t force a particular fighting style on your students, but you can expose them to areas of the art they aren’t familiar with, and that can broaden their thinking.

Not many people can kick like Bill Wallace. Let me correct that: No one can kick like Bill Wallace. However, we all can derive value from a Wallace seminar and learn something that will improve our game. Maybe it has to do with kicking. Maybe it has to do with footwork. It also could be inspiration that comes from the man himself. He’s among the few who live by the martial arts code. He’s honorable and trustworthy — like all real black belts strive to be.

Check out the Greg Jackson Mixed Martial Arts Core Curriculum from Black Belt! Stream lessons to your digital device and start learning how to incorporate MMA tactics and techniques into your current art.

As you can surmise, the Superfoot seminar I hosted was fantastic in every respect. Afterward, as I was paying him what we’d agreed on, I felt I owed him more than that. I felt indebted to him for making the trip to my school and sharing his knowledge. Everyone who attended said they got their money’s worth and more.

As I said, if you’ve never caught a Bill Wallace seminar, you should make arrangements to do so the next chance you get. The Black Belt Hall of Famer is out there right now, teaching eager students how to fight like Superfoot. You would do well to take in some of his martial arts wisdom.

Learn more about Kevin “Hurricane” Hudson and his new book You Can Hit the Mark at kevinhurricanehudson.com.