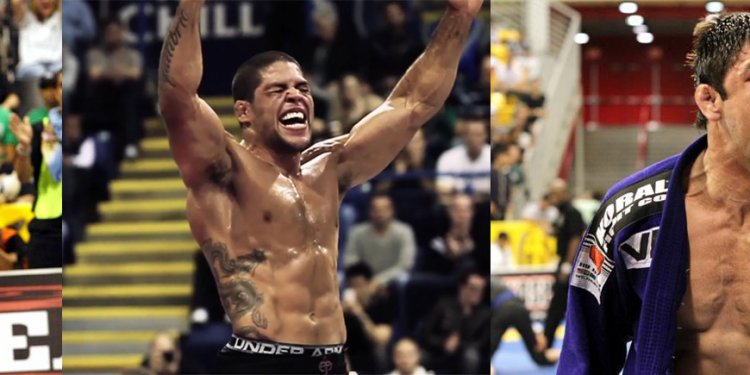 According to the American Taekwondo Association, this art’s roots can be traced back to ancient Korea. The ATA says that documented history of tae kwon do began in the 1900s. The style was given its name when many of Korea’s martial arts styles were unified in 1955. Tae kwon do can be translated as “the way of the hand and the foot.” The International Brazilian Jiu-Jitsu Federation says its grappling art was developed in the early 1900s. A Japanese judo and jujitsu master traveled to Brazil, where he taught Carlos Gracie. The Gracie family practiced these teachings and eventually developed their own style, which became Brazilian Jiu-Jitsu. Both tae kwon do and Brazilian Jiu-Jitsu developed a belt-ranking system for the advancement of students.

Tae kwon do teaches several punching and blocking techniques, but the art’s primary focus is on kicking. If you watch a tae kwon do demonstration, you will likely see a variety of jumping and flying kicks. The roundhouse kick is frequently used in this martial art. This kick is performed by kicking horizontally at your opponent with the ball or top of your foot. The roundhouse kick is a fast, powerful kick that is often used to score points in tae kwon do competitions. Tae kwon do students also spend a lot of time practicing poomse. These choreographed routines help students refine their techniques.

Unlike tae kwon do, Brazilian Jiu-Jitsu does not teach many kicks. Practitioners of this martial art do not even spend much time on their feet. Brazilian Jiu-Jitsu is primarily a ground-fighting art. If you study this art, you learn you how to do a variety of locks and chokes on the ground. For example, a popular technique is the triangle choke. This effective maneuver is performed be wrapping your legs around your opponent’s neck. You restrict blood flow to your opponent’s brain by squeezing his neck with your legs. The triangle choke can quickly render an opponent unconscious.