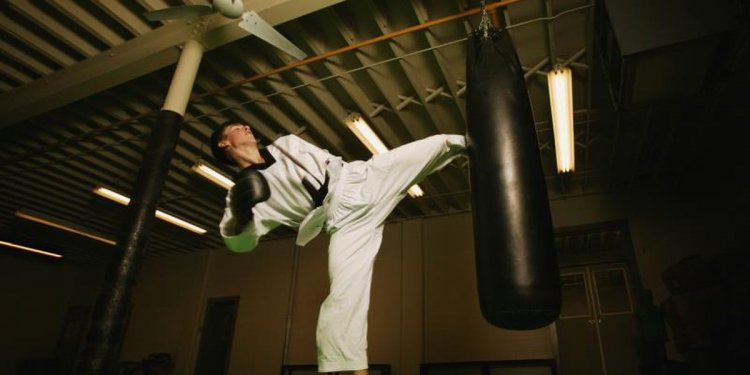 The system of progressing through the various Jujitsu belts is also used in a number of other martial arts. These belts provide milestones that students can use to quantify their progress as they work towards mastering the art. Students that spend more time training and honing their skills will be rewarded with a faster progression through the Jujitsu belts.

Although the Jujitsu belt ranking system is a Western invention, there are rumours that this tradition originated in the East. According to ancient myth, a novice to a martial art would have a clean, white belt, which would become dirty and coloured over time, representing their progress.

Most Jujitsu training academies will have a solid structure in place for evaluating a studentâs progression. For each stage of the learning process - or belt - academies have defined a list of techniques that students must be able to perform. This syllabus gives students a clear idea of what is required for each stage, allowing them to see themselves progressing as they move closer towards the next milestone.

The Jujitsu student and instructor will both decide, based on the progress, whether the student is ready to test their ability and be promoted to the next Jujitsu belt. If the student is deemed to be ready, they will perform an assessment involving a demonstration of their ability to perform the techniques required.

If the student completes each element of the grading process to an adequate level, they will be awarded a new belt, and will progress through to the next stage towards mastering the art of Jujitsu.

The belt ranking system is standardised across many other martial art styles, and the order in which you will progress is shown below:

How Fast Will You Progress?

The speed of your progression depends on what stage of the learning process you are in. An adult starting out in Jujitsu should expect to achieve their next belt grade every three months, until they reach the green belt. From this stage, techniques become more complex and difficult, and usually take a longer time to master. By the time you reach brown belt, it may take as long as two years to progress to black.

Many academies will award 'tags', as well as belts, to younger students in an attempt to keep them interested. Younger students can get bored relatively quickly, and these tags allow them to constantly see themselves progressing. Tags can be given to reward a student for mastering as few as three techniques, giving them a clear indication of their progression.

For adults, the belt system for Brazilian Jiu-Jitsu (BJJ) is slightly more condensed. Participants will progress through the belts in the following order:

Although it may appear as if you will be able to progress through to the black belt faster than with Jujitsu, this is simply not the case. It has been known to take as long as three years for a Brazilian Jiu-Jitsu student to progress to the blue belt.

Those who take up Brazilian Jiu-Jitsu often have prior skills and experience in another martial art. These students are already familiar with the belt system, and hence do not need regular grading to feel that they are progressing.

Brazilian Jiu-Jitsu academies are also faced with the problem of maintaining interest amongst younger students. Because juniors cannot usually progress to blue belt, schools often make use of a separate grading system for younger students. Those who are younger than 16 years old can work their way through Yellow, Orange and Green belts, preparing them for the adult grading system.

As with most things in life, what you get out of your Jiu-Jitsu training will depend on what you put in. Establishing a regular, intense training routine will obviously yield much faster results than merely training once per fortnight. It is often said that earning your BJJ black belt should take as many as 16 years!

The grading system for BJJ is quite a lot difference to Japanese Jujitsu. Instead of having to complete a syllabus in order to progress between belts, BJJ students must instead demonstrate their ability to cope in various scenarios. Keeping calm, collected and showing a clear understanding of the task at hand will result in BJJ students being promoted to the next belt. Only in this state of mind are students able to concentrate purely on technique.