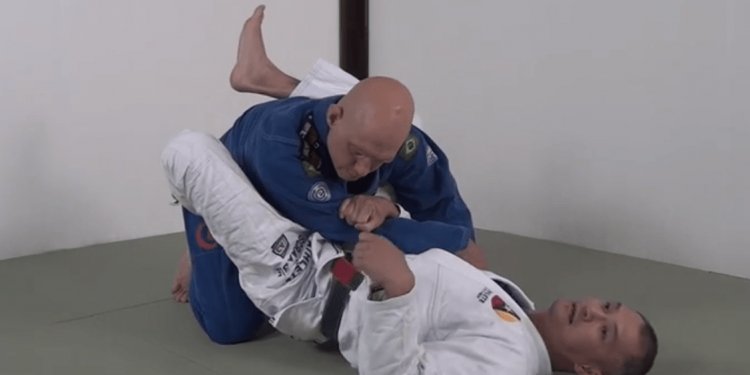 What differentiates Brazilian Jiu-Jitsu from most martial arts is the employment of positional strategy. In jiu-jitsu, the position you are in relative to your opponent is paramount. A kick-boxer or a karateka is concerned with knocking out their opponent, but besides distance and angles, they do not give much thought to the position of their body in relation to their opponent’s.

Jiu-Jitsu first seeks to establish a position, and then to finish the fight.

Simply, because it’s more effective. Although you will probably be practising it in its sporting variation, Brazilian Jiu-Jitsu was created as a system of self-defence for the street. It was designed as the most effective, safest way of ending a confrontation against a bigger, stronger aggressor. Through testing in real-life scenarios, the Gracies discovered that a) most fights ended on the ground, and b) It was easier to control an opponent by first achieving a dominant position.

It’s a numbers game, really. You have a far higher chance of finishing the fight successfully from a dominant position than you do of catching an opponent with a lucky punch or kick.

In a jiu-jitsu match each fighter is constantly trying to achieve positional dominance. Being in a dominant position is desirable because is almost always means that gravity and/or leverage is on your side.You are also safer when you are in a dominant position because it will be difficult for your opponent to strike you or apply leverage against you.

Get your Free 56-Page Beginner’s Guide to BJJ

The scientific definition of leverage is beyond the scope of this text, but in a jiu-jitsu context, we can look at it like this:

Or, a slightly more detailed explanation:

Using as much of your body weight and the large, powerful muscles of your hips and core to apply concentrated pressure against a weaker or more vulnerable part of your opponent.

Transition refers to any period during a match in which neither grappler has an established position, or a movement from one position to another. Your goal should always be to ensure that any transition period ends with yourself in a dominant position. If you initiate a transition it should always end with you in a position superior to the one in which were previously.