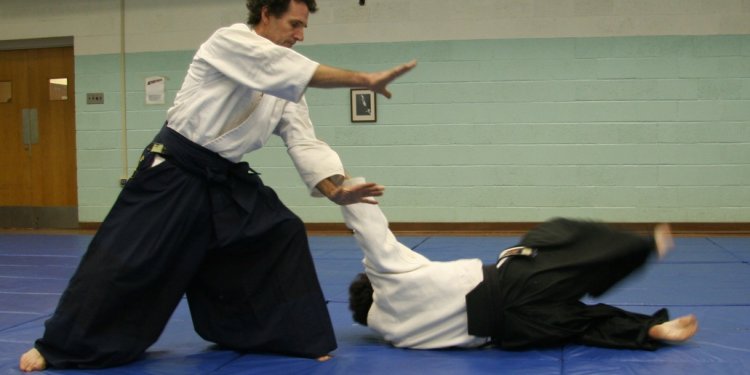 Aikido (Japanese: "way of spiritual harmony"), (originally derived from the Japanese soft style techniques termed jujutsu/jujitsu) self-defense system that utilizes twisting and throwing techniques and in its aim of turning an attacker's strength and momentum against him. Pressure on vital nerve centres is also used.

As in other Japanese martial arts, the development of courtesy and respect is an integral part of Aikido training. The basic skills of aikido come originated in Japan in about the 14th century. In the early 20th century they were systematized in their modern form through the work of the Japanese DaiToRyu Yawara( AiKi JuJitsu) expert Morei Ueshiba.

There are no offensive moves in aikido. As taught by Ueshiba, it was so purely defensive an art that no direct contest between practitioners was possible. In 1969 the founder morei Ueshiba passed away. And so the 2nd generation "doshu" became Kissomaru Ueshiba (son of Morei Ueshiba) (1969 -1997).