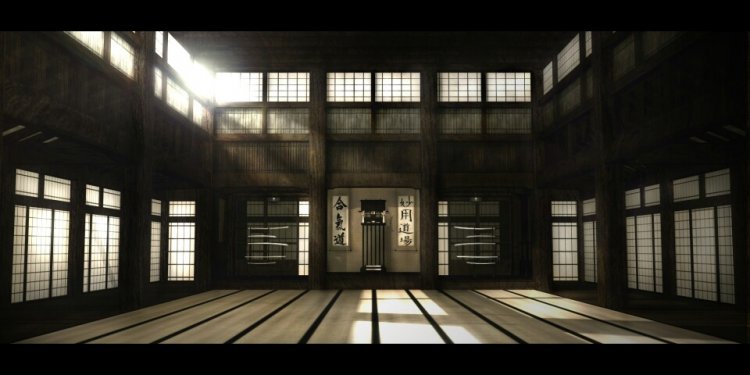 Aikido is a modern, non-aggressive Japanese martial art that was developed earlier this century by the late master Professor Morihei Ueshiba, commonly called O Sensei. The Founder passed away in 1969 at the age of eighty six.

Aikido is effective as a martial art but its essence goes beyond the resolution of physical conflict. Based on a background of rigorous training in traditional Japanese jujutsu, sword and spear techniques, Professor Ueshiba spent the latter half of his life developing the art as a means of refining and uplifting human spirit. He succeeded in creating what he then named 'Aikido', 'the Way of Harmony with the Forces and Principles of Nature'. Aikido is a true 'budo' path, in which the keen edge of martial training is utilised as a 'Way' to spiritual growth.

Despite its growth in popularity, Aikido remains true to the goals of budo. Its methods are based on Professor Ueshiba's deep faith in 'austere training for the sake of improving the human spirit through tireless polishing and perfection of mind and body'. In accordance with the founders ideals, the art has kept separate from sports, in which one person competes with another. Aikido is rather a path for personal development for people who sincerely desire to perfect their own human nature. As such, Aikido places great importance on the the Universal Principal of 'ki' - the life force or breath. Aikido seeks to achieve the total unification of this universal 'ki' with the 'ki' of individual human 'self'. Aikido is a budo to harmonise the individual with the Universal Principle and to concord among all peoples. Out of the ancient traditions of Japanese martial arts, Aikido thrives as a source of harmony to counter the disharmonious forces that exist in the world today.

What does Aikido mean?

The word 'Aikido' in Japanese is made up of three characters or kanji.

The first and most important is 'Ai' which means to meet, to come together, 'to harmonise'. In Japanese this also means 'love' and this is the truer translation of the word, as O Sensei used it.

The second kanji is ki which means literally steam or vapour, but has come to mean in modern Japanese, the mind, the soul, the spirit. In the larger context 'Ki' means 'spirit or force of the Universe', and not just the spirit of mere human beings.

The third and last character is 'DO' which means 'the way', as in Ken-Do or Ju-Do, to signify that the study of Aikido does not involve only techniques based purely in self defence, but includes positive character development ideals which people can incorporate into their daily lives.

Thus, in a physical training sense Aikido means 'the Way of Harmonising the Body and Universal Spirit' but in a deeper sense it also means loving the world and all who live in it.