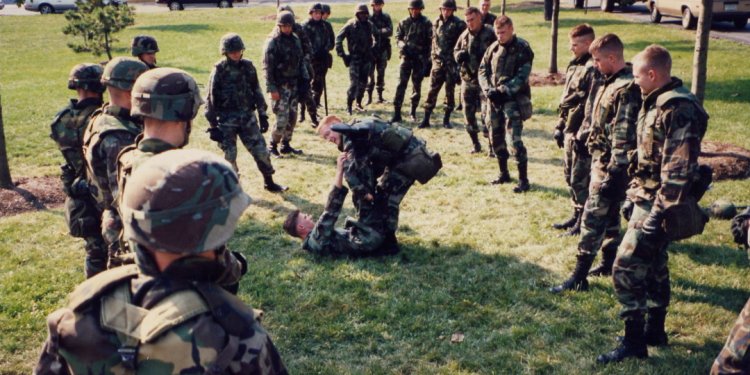 As the campaign for women’s suffrage grew more extreme, so did the violence directed against it. Emelyne Godfrey reveals how suffragettes fought back by mastering an ancient Japanese martial art...

At the dawn of the 20th century, Edith Garrud was observing a political demonstration at the House of Commons when a police officer told her to move along. She demurely pretended to drop her handkerchief. “Excuse me, it’s you who are making an obstruction, ” was her retort, and she threw the surprised man over her shoulder. She then slipped innocently through the crowd while the stunned officer attempted to regain his composure.

“The last heroine left, ” was how Edith (1872–1971) described herself in an interview with Godfrey Winn for Woman magazine in 1965. The interviewer was indeed impressed by Edith’s unusual adventures during the heated campaign for women’s suffrage prior to the First World War, a campaign of such historical importance that suffragettes were represented at the London 2012 Olympic opening ceremony. What is less well known is the connection between the suffragettes and the martial arts contests that featured as part of the Games.

In 1906, the Daily Mail coined the term ‘suffragettes’ to describe the female campaigners (male militants were known as ‘suffragents’) who were impatient with the peaceful methods of polite persuasion advocated by the National Union of Women’s Suffrage Societies. One of these campaigners, Mrs Emmeline Pankhurst, founded the Women’s Social and Political Union (WSPU) with her eldest daughter, Christabel, in Manchester in 1903.

Pankhurst’s military-style organisation employed headline-grabbing tactics such as holding demonstrations, undertaking deputations and boldly interrupting political speeches. Edith was involved with both the WSPU and headed the athletes’ branch of the more democratically structured Women’s Freedom League (WFL), which was formed in 1907.

Suffragettes risked their reputations and put themselves in physical danger. Elizabeth Robins’s hit stage play, Votes for Women!, and the successful accompanying novel, The Convert of 1907, vividly evoked the disturbing scenes of their confrontations. As Robins highlighted, a speaker at rallies had to learn not only to be persuasive but also self-assured when faced with insults from hostile crowds.

Even in society drawing rooms, when the topic of suffragettes and women’s rights entered polite conversation, chivalry often made a sharp exit. Anti-suffragette Postcards, June Purvis’s article in a recent issue of this magazine, showed how militant campaigners were portrayed as unhinged, disorganised female monstrosities. As a result, the response to women behaving ‘badly’ could be vitriolic and, worse still, violent.


The 4ft 10ins jujitsu suffragette Edith Garrud demonstrates how to throw a policeman to the ground in 1910 – just as she’d done in real life outside the House of Commons. (Mary Evans)

In the 19th century, violent self-defence – involving, for example, the use of knives and firearms – had come to be regarded as foreign and uncivilised. The suffragettes therefore tried, for the most part, to combat any physical aggression directed towards them with minimal aggression – and most even refrained from using their hatpins.

Hatpins may not strike us as being a particularly menacing weapon today, but back in the Edwardian era – when women’s hats were huge and the pins themselves could be up to 16 inches long – they were potentially lethal.

Newspapers and publishers were certainly alive to their dangers, filling their pages with stories of hatpin suicides, accidents and murders. In the Sherlock Holmes story, The Adventure of the Abbey Grange (1904), the evil Sir Eustace Brackenstall stabs his wife with her own hatpin.

Meanwhile, so anxious were the authorities that suffragettes might turn their hatpins into deadly weapons that they banned them in prison chapels. This inspired Katherine Willoughby Marshall – who was arrested for throwing a potato at Winston Churchill’s fanlight – to affix her headgear with a toothbrush to great comic effect.

Not all suffragettes refused to fight fire with fire. In fact, a number carried dog-whips to keep rowdies at bay. The most famous woman to wield this weapon was the Scottish suffragette Flora Drummond, who was known as ‘The General’, as she wore military-style uniforms, and as ‘The Precocious Piglet’, for cornering Winston Churchill.

Teresa Billington-Greig, a founder of the WFL, treasured her dog-whip and wrote a piece entitled The Woman with the Whip (1907), where she linked women’s political inequality with sexual harassment on the streets. Maud Arncliffe Sennett, who ran a party accessories shop in London, was arrested in 1911 for smashing the windows of the Daily Mail office. She added the receipts for her 960mm-long leather dog-whip and hammer to her scrapbook, and the whip is now kept in the Museum of London.

When the university graduate Helen Ogston interrupted Lloyd George’s speech at the Albert Hall in 1908, she wielded her whip against the stewards. She returned bruised and burnt by a cigar, but the warrior received much warm praise. “Let me touch the hand that used the dog-whip!” cried one lady at a suffragette meeting. Not everyone was so impressed though: crowds regularly sang uncomplimentary songs about whip-wielding women, while the press drew parallels between these campaigners and drunkards.

What was needed was a form of self-defence in battle that was both socially acceptable and employed minimal violence. Katherine Willoughby Marshall’s solution was to wear cardboard armour; other suffragettes hired prizefighters to protect them from attack. But soon women were learning to protect themselves in hand-to-hand combat.

Edith Garrud’s husband, William, was a jujitsu teacher. This Japanese martial art was based on the idea of applying pressure to joints, using opponents’ strength and weight against them. Jujitsu was considered ideal for people of smaller statures and Edith assisted William at his school with classes for women and children.