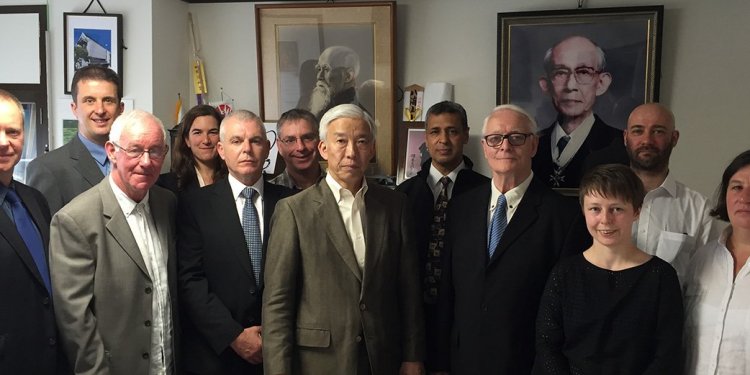 Marsha Turner Sensei anchors the Chicago Aikikai as its chief instructor and its dojo-cho. A long-time aficionado of aikido, she is known in particular for her strong weapons work. “Weapons work has been a particular fascination of mine since I studied fencing in college. In aikido, weapons work teaches distance and timing in an explicit way that often gets fuzzed over in open hand training. By going back and forth between open hand and weapons we are able to study clean lines and clear movement that add to both the beauty and effectiveness of basic technique.”

Turner Sensei began her study of aikido in 1986 under Kevin Choate Sensei, and has spent the past three decades studying, training and teaching. In addition to Choate Sensei, Shihan Hiroshi Ikeda and Shihan Mitsugi Saotome have been very influential in her aikido development.

Her extensive background in ballet, gymnastics, and traditional fencing (foil) allows her to bring elements to her current training that make her aikido unique among her peers. “Aikido caught my attention and pulled me away from fencing. I loved the rigor of fencing, but the physicality and
the opportunity to throw around people bigger than me sealed the deal for aikido.”

In addition to aikido she has studied ballroom dance, competing in and winning several pro-am competitions. Turner Sensei also holds a shodan in Iaido. She is a past instructor for Winter Term at Oberlin College, and has supervised a number of dojo in the Midwest. Turner Sensei received her rokudan in aikido from Shihan Mitsugi Saotome in 2017.

The Chicago Aikikai is a 501(c)3 not-for-profit educational organization, and is affiliated with Aikido Schools of Ueshiba.

Edward Reiff is a sandan in Aikido, and has been training for over 25 years. Edward is also a runner and cyclist and student of Feldenkrais movement. Now in his mid-50’s he looks forward to continuing to move and roll for many years to come.Aikido continues to capture Edward’s imagination. He enjoys introducing others to the beauty and exhilaration of the art.

“In Aikido we don’t fight, but we also don’t flee. We transform the energy of conflict into something potentially positive for both parties. Aikido is a martial art, but its principles apply to life off the mat as well.”