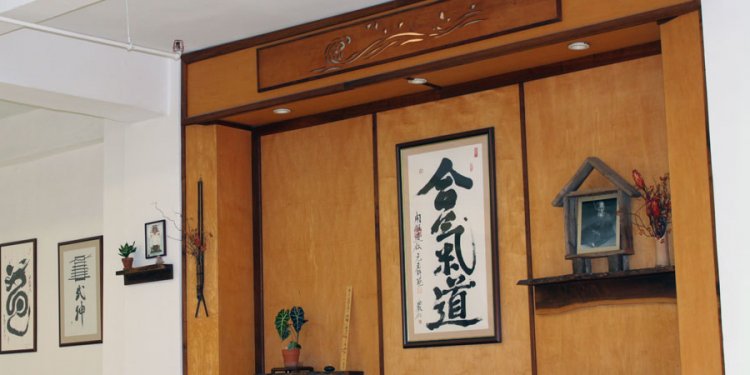 On December 19, I took a bus up to New York for the day to attend the New York Aikikai Christmas Seminar, an event where you will find many of the Shihans and rock stars of the Aikido world all under one roof. I was excited to see the very people I had read about and learned from online and in books. I met Claire Keller (Howcast Aikido videos) and Penny Bernath (Florida Aikikai) in the lobby area. I attended four of the day's six classes with Steve Pimsleur, Yoshimitsu Yamada, Donovan Waite, and Harvey Konigsberg. I was particularly impressed that three of these class teachers all took the time to walk over and teach me the fine details of the techniques they taught (Pimsleur with Kokyunage, Waite with Shihonage, and Konigsberg with Tenchinage). Big kudos to all the teachers who taught while they were practicing, too. The venerable T.K. Lee (Aikido of Houston), a direct student of Yamada Sensei, was always teaching someone in the round-robin line I was a part of. He taught me something new in Kokyuho. These one-hour classes flew by quickly as we paired up individually and in groups to practice, sometimes in rapid succession. Some of the classes had well over 100 people in a hall designed for half that many. The dan test followed the classes. Senseis Yamada and Pimsleur were the judges. In the shodan (1st dan) test, groups of four stood in front of the judges and were asked to demonstrate everything they knew. Every student was then asked to demonstrate their knowledge in a four-on-one randori attack. The nidan (2nd dan) test was a lot shorter, but more intense. The judges asked every student to demonstrate all of the knowledge they knew in rapid-fire succession and then demonstrate their knowledge in a five-on-one randori attack. The Christmas party followed. A smorgasboard of wonderful, savory dishes were enjoyed by all. On display were three kinds of beef roast, four pasta dishes in four different ethnic varieties, two kinds of chicken, two kinds of ham roasts, dumplings, veggie dishes, sandwiches, and an assortment of cookies, cakes, and pies. Yamada Sensei walked around in casualwear greeting everyone. Overall, the Christmas Seminar exceeded my expectations and I hope to make it a habit of attending it in upcoming years. The training hall itself looks much larger in pictures and videos than in person, but it is still a very nice space to practice. Everything in the dojo is very well maintained. The women's locker room has plenty of cubby space for your belongings and also has shower rooms, a very welcome touch. Gatorade and water is available in the lobby after your classes. There are couches in the lobby so your friends and family can sit and watch you practice. Check this place out!

Having visited a number of Aikido dojos in NY, I believe I can give an honest and concise review. Pro: -High level of instruction -A large and expansive class schedule Con: -This is quite possible the most expensive Aikido dojo in the tri-state area to attend monthly -This is an advance dojo so it will be tough for beginners to transition. I actually recommend those who have never tried Aikido to visit a smaller and more local dojo where they can receive more individual attention. -The payment procedure is quite rough, requiring 3 months of cash payment in advance -Crowded classes -Aggressive students can lead to a higher rate of injuries If you have years of experience behind you then you can definitely get your money's worth here. On the other hand there are a growing number of Aikido dojos in NY so I encourage beginners to shop around and know what their options are.