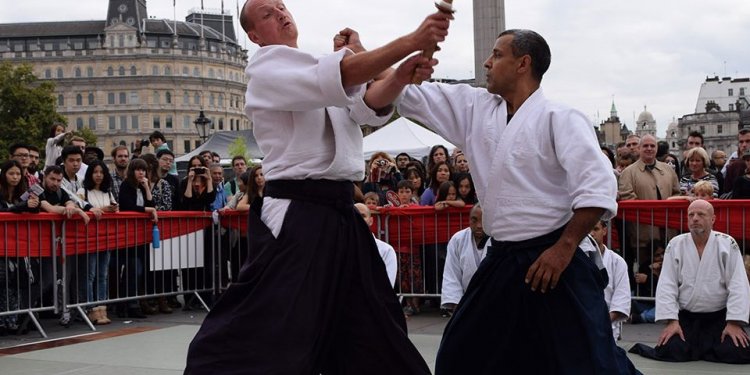 Established Portland Aikikai in Portland Oregon, in 1991, assumed a role of dojo-cho (chief instructor) until her return to Japan in 2003.
Started Aikido Kyoto in 2003 for development of Aikido in Japanese and international community in Kyoto.
She currently holds the rank of 6th dan.

Christopher Mulligan began training Aikido in 1972. In 1978, he traveled to Japan and ended up staying 11 years, training mostly at the Aikikai Hombu dojo. At Hombu, he trained with all the Shihan, following mainly I. Shibata Shihan. Upon returning to the states, Chris, along with Yoko Okamoto, established Portland Aikikai under the tutelage of Yamada Shihan of NY Aikikai. Chris is currently the senior instructor at Aikido Kyoto, teaching both children and adult classes.
He currently holds the rank of 6 dan.

A message from Dojo-cho to people interested in beginning Aikido

Aikido is not an easy martial art. However, it is accessible to anyone who has a desire to train. During your practice you will go through high and low points, at times you will feel overjoyed and fulfilled. At other times you will feel exhausted. Whichever the case, as you walk along the Aikido's "path" you will have countless eye-opening encounters, learn about your own self, and refine your ability to judge and make decisions.
Through the practice of Aikido, it is possible to experience the process of personal growth in harmony with others and your surrounding.