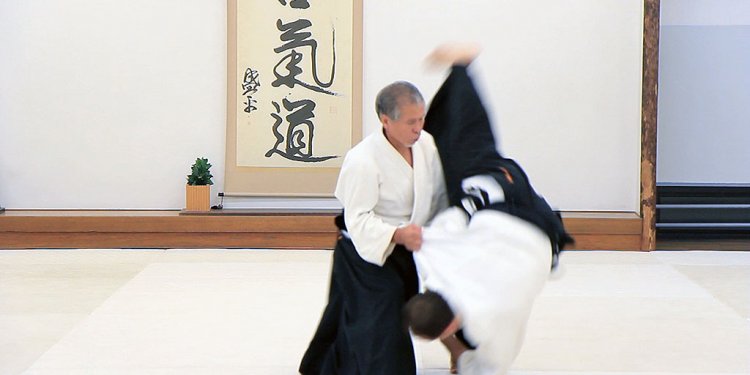 The Founder, Morihei Ueshiba, who moved to Tokyo in 1927, rented private houses as provisional dojos for his training. However, these became too crowded as the number of practitioners grew. Therefore, many people, including Admiral Isamu Takeshita, helped the Founder build a dedicated Aikido dojo in 1931. This was a wooden building approximately 120 square meters (80 tatami mats) in size, called the “Kobukan”, located in present-day Wakamatsu-cho, Shinjuku. It was the predecessor of the current Aikido Hombu (headquarters) Dojo.

Fortunately, the Kobukan Dojo survived the air raids during World War II. In 1948 its name was changed to "Aikikai Foundation Aikido Hombu Dojo". The training continued even in the chaotic postwar period, and gradually the number of students grew. In 1967, the wooden dojo was renovated, making it into a modern three-story reinforced concrete building. The building was again modernized in 1973, and the fourth and fifth floors were added.
These additions to the dojo have reinforced our position as the center of Aikido. The three dojos are in constant use for daily training. Today, there are more than 500 members of Hombu Dojo. Aikido Hombu Dojo strives for the enrichment and development of Aikido under the Doshu, with its instructors working together to meet and surpass expectations all over the world.