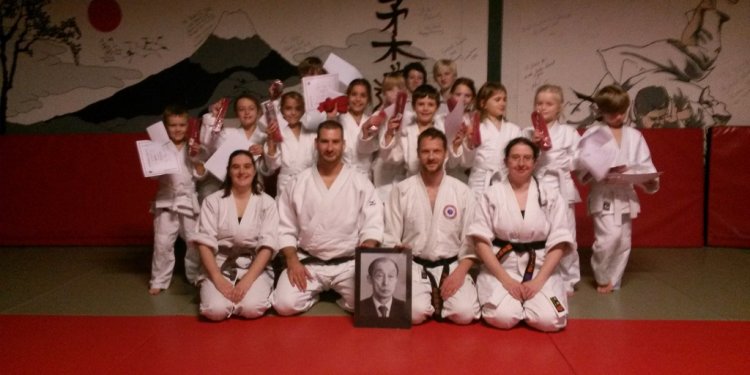 Aikido founder, Morihei Ueshiba (1883-1969), was one of the few martial artists in world history known for taking on any adversary and remaining undefeated. He holds similar ranks as the famed swordsman Miyamoto Musashi, Yang Lu Chan of Yang style Tai Chi or perhaps Jigoro Kano of Judo renown. At the same time he made quite clear that his mission is not geared towards destruction. True Budo (the way of the warrior) he said, is love. Upon his death, the three best known students he left in his wake to carry on the tradition were his son Kisshomaru, Koichi Tohei and Morihiro Saito. Our system follows in the tradition of Morihiro Saito, who operated under the banner of the founder’s son.

Morihiro Saito (1928-2002) was the longest standing live in student of the founder, for 23 years. He apprenticed when the founder retired from Tokyo to build a school in the farm country of Iwama and focus on a more direct and self defense oriented approach than the system that carried on in Tokyo. The emphasis of this style is a strong foundation in basics and a step by step progression from those basics to the highest form of martial arts training. He is the sole standard bearer of the founder’s weapons system and also emphasized breathing through kiai. He left a diverse and powerful lineage of teachers in his wake, to which our dojo ascribes. Morihiro Saito Sensei dedicated his life to maintaining the system of the founder precisely as he had learned it.

Seiichi Sugano 8th dan, (1939-2010) was a direct student of the founder of Aikido through the Tokyo system, focusing his technique on the study of timing. He was dispatched to Australia first, followed by Belgium and eventually New York City in 1989. Seiichi Sugano was the most advanced of practitioners sent by the founder’s son to the United States. His system is heavily oriented towards the development of timing similar to sports training, and all other aspects of martial study evolve from this understanding.

Hoa Newens Sensei, 7th dan, studied directly and extensively with Morihiro Saito Sensei. He is a member of the board of directions of the Takemusu Aikido Association. Hoa Newens Sensei has taken direct responsibility for the development of Aikido Westchester NY in a teacher-student relationship. He began Aikido in 1967 as a student with Dang Thong Phong (Vietnam) as well as Seiichi Sugano in his earlier years. As such, he is particularly versed on incorporating the instructional methods of Seiichi Sugano into the more comprehensive system of Morihiro Saito Sensei.

In addition to the above teachers, the Aikido Westchester NY dojo attempts to participate in seminars with other instructors (such as those below) whenever possible: