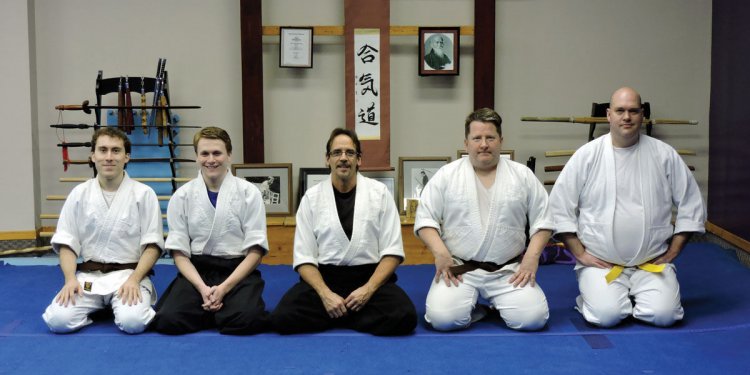 Ask a Chinese what is 'chi/qi' and you will get as many answers as you would asking an Aikidoka how to perform a kokyunage. A common answer is that chi refers to a particular mental and physical state that exhibits in a psychophysiological power associates with blood and breath. A chinese philosopher will talk about this microcosmical 'matter-energy' which is fundamental in forming and governing the universe. A traditional chinese physician, usually also a taoist by education, speaks about a microbiomaterial that circulates within the body, maintaining the living force that makes the body function. The chinese will probably accept any of these definitions in a 'matter-of-fact' manner and do not expect questions or disagreements concerning the meaning of chi. Of course this does not mean that they actually had a very accurate idea about the meaning of chi or that everybody knows exactly in what context one means when one talks about chi. In fact, the chinese probably means all of the above definitions, and more. This raises immediate problem for the western mind which makes clear distinctions between matter/mind, material/nonmaterial, physical/psychological/ physiological etc.. However one disagrees with the chinese blatant disregard for the cartesian dichotomy, this is in fact the way in which the chinese conceptualizes chi, or any other phenomena at all. Furthermore, they seems to be happy to trade off the analytical clarity for the imaginative richness.

When the chinese cosmic system which uses chi to explain the structure and function of virtually every phenomenon in the universe finally got transmitted to Japan in the seventh century, it had the shinto and tendai buddhist flavours added on. Unfortunately, or fortunately, the meaning of chi/ki did not get any clearer crossing the japanese sea. At any rate, from the oldest extant japanese work on traditional medicine, Ishopo by Tamba no Yasuyori, in the tenth century to modern works such as 'Qi: From the Analects to the New Science' by Maruyama Toshiaki, 'Qi: the Flowing body' by Harada Jiro one can see that both japanese and chinese traditional medicine share a basic conception of what it means to be fully human. Life is constituted by ki (in the sense of breath and energy), a force that manifests in respiration and that can be felt circulating within the body. Similarly, japanese drugs and

Akido, a japanese martial art developed by master Mohirei Ueshiba earlier this century makes heavy use of the concept of ki. Aikido is one of the more spiritual martial arts and has been considered as 'moving zen'. The name Aikido means 'the way of harmony of ki'. Just exactly what is this ki that one supposes to harmonize with is a controversial topic among Aikidoka's. Some believes that the physical entity ki simply does not exist. Instead, the spirit, the intention, the bio-physico-psychological coordination through relaxation and awareness are concepts being used in the teaching. These Aikidoka's sometime tend to frown upon the philosophical/spiritual aspect of ki. Other Aikidoka's believe that ki does exist as a physical entity and can be transmitted through space. They, on the other hand, make use of concepts such as ki of the universe, extending ki etc.. By citing these two extremes, the author does not wish to imply that the 'truth' lies somewhere in between. But the fact of the matter is that there is a large portion of Aikidoka who are still, and no doubt will continue be, on their 'quest for ki'.

The task is not simple since many sensei's are reluctant to talk about ki. Those who do, do it in a very oriental way: full of metaphor, image and lack of clarity. The aim of this article is surveying the writting and teaching of Kaiso, his deshi's: Ueshiba, Tohei, Yamada, Shioda, Saito, Saotome, Nadeau, Dobson, Homa ... (listed in no particular order) to find out what they did mean when they mentioned the concept ki, or to find out whether one can come up with a definite answer at all. For the sake of simplicity, let's propose three simple definitions of ki:

One can see that from (1) to (3) the degree of abstract decreases while the physical component increases. The meaning of ki of course is not limited by the individual or combined definitions mentioned above.

Among the available Aikido literatures from Kaiso's deshi's, "Traditional Aikido" by Morihiro Saito sensei stands out as a classic. Nevertheless, in this five-volume work, the concept of ki is discussed only briefly: "Ki: the vital force of the body. Through Aikido training, the ki of a person can be drawn in increasing amount from the universe. In practice, ki is directed before body movement takes place." A short description of a series of exercises for ki flowing can be found in his later work "Aikido, its heart and appearance" where one "causes partner's ki to flow out (fluid)" and "calling out your partner's ki and linking it to yours". Yoshimitsu Yamada sensei, a marvelous Aikido technician, in "The New Aikido Complete" is even less specific about ki. He refers to ki as "the power of the spirit of the mind that we all possess but which we use only on rare occasion." There is no noticable mention of ki in the work of Gozo Shioda sensei, the founder of Yoshinkan Aikido.