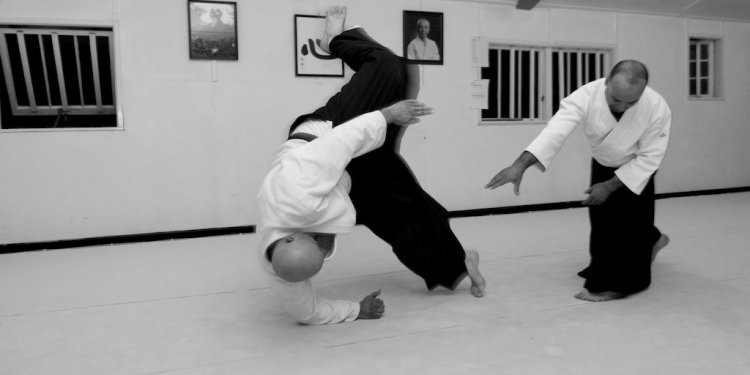 Josh Drachman, 6th Dan
Drachman Sensei has over 30 years of Aikido experience and has been actively training under Saotome Shihan since 1995. He is a Rokudan in ASU, a member of Ueshiba Juku and Treasurer of the ASU Board of Directors. He began his Aikido training under Saotome Shihan in 1982 and trained at the Aikido Shobukan Dojo in Washington, D.C. from 1982-1984. He trained at the Aikido Hombu Dojo in Tokyo from 1985-1991, where he studied under numerous shihan including Yamaguchi Sensei, Endo Sensei and Masuda Sensei. He is a yudansha in two forms of Karate (Soshinkan and Shotokan), a yudansha in Daito Ryu Aikijujitsu (Ginjukai and Roppokai), a member of a classical Japanese sword school, and an active practitioner of internal power training under Dan Harden and T’ai Chi energetics under Scott Meredith. He co-translated the English version of "Karate and Ki" by Kenji Ushiro Sensei as well as "A Light on Transmission" by Saotome Sensei. He ran his own dojo, Aikido of Palm Beach County, from 2003-2010 and is currently the Assistant Dojo Cho at Aikido Eastside.