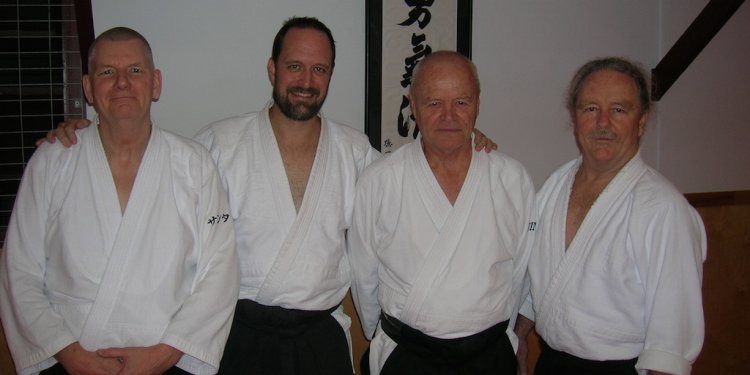 Griffith Aikido is the Griffith University Aikido club that was originally started by Michael Williams Sensei. Aikido Republic's founder Daniel James spent 10 years at the helm of this dojo with like minded people taking it from a few students at 6am to a large operation of 10+ instructors and over a hundred adult students. A large club with lots of instructors and affiliated to Aikido Yuishinkai. After incorporation it became the Griffith Aikido Institute Inc.

A Griffith University aikido dojo was formed in 1981 by Michael Williams Sensei and was the first Ki no Kenkyukai (Ki Society) Aikido dojo in Australia. The dojo was officially established and recognised by the university as the Griffith University Aikido Society around this time. It was visited by the then Chief Instructor Maruyama Sensei in 1985. Training was initially conducted in the Hub building. During this time the tatami was shared with a number of table tennis tables. Apparently ukemi often involved the dodging of flying ping-pong balls. Before moving to its current location at the Nathan gym the dojo was located in University house. Here we were treated to sticky floors as it was often used as the student kasbar at other times, prior to this location In 1989 this dojo was passed to Stoopman Sensei (now heading Shinkondo circa 2002) with Williams Sensei relocating to Byron Bay to build the Australian headquarters dojo - Goshinkan dojo.

In 2001 the club began operating its own dojo(s) run by Daniel James and staff and students of the university and other club members. Around this time the club was supporting three styles of aikido. The club dojos rose from the humble beginning of a few academics and students practicing weapons on the ovals and rooftops at lunchtime, word slowly spread and a club dojo was formalised. During this time it offered morning, lunchtime and evening training on three campuses of Griffith University and conducted beginners courses for staff, students and the wider community through Campus life, the city council and QUT.

Following the return of Master Koretoshi Maruyama in 2002 (after 10yrs of seclusion in a temple) the club was the first Brisbane dojo to affiliate with Aikido Yuishinkai and conducted specialist weapons training as a part of his syllabus. In 2003 we were delighted to open dojos at the Southbank and Logan campuses of Griffith University as well. Around this time Steve Dows formerly of the Ki Society joined the club.

The aikido society was well known for having many yudansha (black belt members), often outnumbering the kyu grades in the mornings. Many Australian aikido dojos of a number of styles (Ki Society, Ki Aikido and Aikido Yuishinkai) are now run by instructors who began their training at Griffith University.