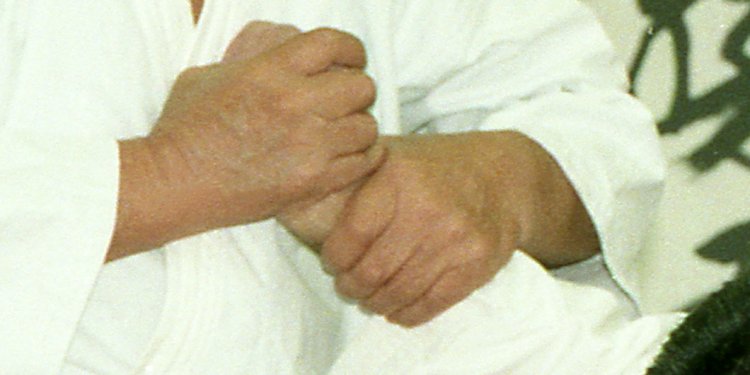 Wristlocks and most other standing joint locks are almost always secondary grappling skills: one must already be able to dominate using basic gross-movement wrestling skills like pummeling, grip/hand fighting, foot-sweeps, hip throws, body locks, and so on. Part of the problem is strength: standing wristlocks and armbars rely on an opponent being either ignorant, weaker, caught by surprise, or slower. This is not true of most major judo and wrestling skills.

For instance, you'll note that nearly all proponents of standing joint-locks will say they don't work unless you distract the opponent by striking them first. Lots of valid techniques do better when prefaced with distractions, and lots of valid techniques are hard to execute without setting up the opponent to make a wrong move. But the fact that strikes are supposedly necessary, not just an unbalancing or other grappling-only set-up, says a lot about the broader applicability of standing joint-lock skills. I think they're useful and valuable skills, but they are nearly impossible to implement without being good at wrestling/grappling first.

Another problem is that these kinds of jointlocks (excluding come-alongs) mostly do not provide whole-body control. While I wrench their wrist, my partner is free to circle around me, shoot for my legs, or roll out. This, combined with the opportunity to simply exert force against the lock, makes them poor primary techniques.

It sounds like you may be having a crisis about your aikido skills in the broader context of judo and fighting. You are right to worry, but don't despair. Empty your cup. Acknowledge that some techniques work less well than others. Remember that you haven't trained a technique if you've only trained it on a cooperative partner. Work on getting physically stronger. Work on getting better at judo. Maybe in a year or two, try your wristlocks again with your newfound strength and gross-motor jacket wrestling skills. It may go better, it may not.

The first section of judo gold medalist Isao Okano's rare master text, "Vital Judo - Grappling Techniques", is devoted to standing joint locks in the context of judo contest. Again, these skills are predicated on being able to throw and resist throws at a high level of judo ability, and are not necessarily the most reliable techniques. Further, most of the techniques are shoulder or elbow locks, not wrist locks. But standing joint locks are a part of judo; aikido does not have a monopoly on them. They are just much more difficult to apply against a resisting opponent with any wrestling-type skills at all.