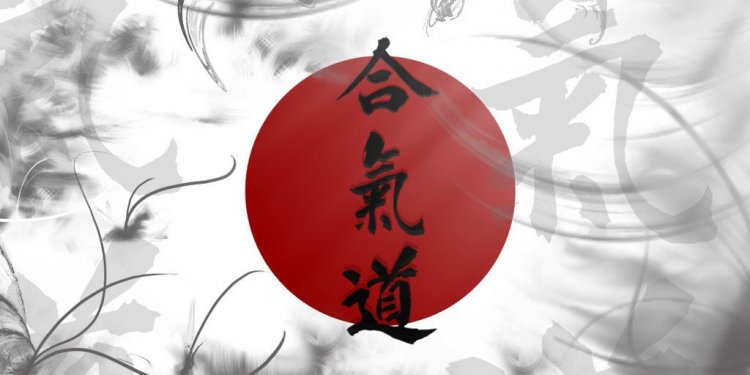 
Within even my brief aikido training, I and others keep hearing about the value of "positive" ki (energy/attention). Supposedly, one should always be extending "positive" ki, not "negative" ki. For some of us who started off with the very basic lectures about "Keep One Point" and "Extend Ki, " we were left with the question, "What is this so-called 'positive' ki and why is it different from any other ki?"

I think I may have just enough insight to offer a small explanation of my own, thanks to the teaching of several excellent teachers (in aikido and other fields). You may not believe it, or perhaps you may find exceptions. But, on a small scale, this is what I and others have observed.

It is possible to send out energy/attention or ki that is not positive - ki or energy that is sent with anger or hatred. I do not think that one is relaxed, centered, or weight-underside at such times. In that sense, I think the phrase "If you are extending ki, you are automatically centered and relaxed" is not quite true. People routinely send out energy when they are tense and hostile. (Maybe the problem lies in my defintion of "ki"? That's quite possible.) On the other hand, if one is truly relaxed and truly centered, one can not be simultaneously angry or full of hate - one is rather calm and peaceful - and the energy one is extending at such times is usually "positive" ki. (Sometimes it is said that one's eyes should be "soft" and not "hard" when practicing aikido).

When I was in George Simcox's Virginia Ki Society classes, he did an occasional demonstration of some of the power of "positive" ki. I think Harry Eto Sensei also did a similar demo at the 1995 Maryland seminar. You may demonstrate these for yourself if you already know the basics of ki testing. Note: "ki testing" is nothing more than applying physical pressure with one's hand to someone (such as pushing gently on the upper back, shoulders, or near the collarbone), in a test of stability - however, there are many different ways to apply the force, some much much harder to withstand than others. It also must NOT be done with an attacking or critical mindset, because then it is no longer a test but an attack.

As a note, these demonstrations have not been subjected to rigorous scientific testing. However, it would be interesting to do these tests at some point.

Demonstration of the Power of Positive Ki - Effects on the Target

You'll need at least two people, preferably 3, for this. Preferably, all should have some ki training (even if it's just a 5-minute demo of how to do ki-tests).

Demonstration of the Power of Positive Ki - Effects on Thinker

You'll need 2 people for this. This technique could also be done in conjunction with the one described above. However, in this case, one does not project negative thoughts at a living person, and hence it's probably much safer.
Source: www.mit.edu