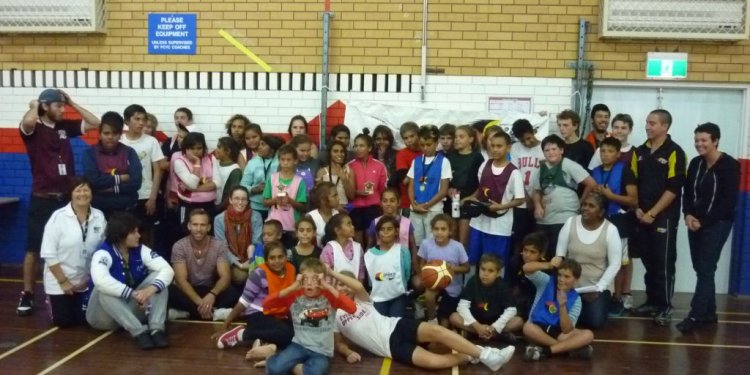 Hugh Derham Sensei started training Aikido in the early 1970’s and his training path took him to Hombu dojo, the World Aikido Headquarters of Japan. It was not long before Hugh Sensei learnt about Sugano Shihan who was an original student of the Founder, who had been sent to Australia to establish Aikido. Hugh Sensei moved to Sydney to train and study Aikido under Sugano Shihan. He received his Shodan in 1978. Under the direction of Sugano Shihan, Hugh Sensei established the first Aiki Kai dojo in Western Australia in 1980, and has been teaching in WA ever since. Hugh Sensei is the most senior Aikido instructor in the state, and served as the Area Representative for Western Australia for over 20 years. He is currently ranked 6th dan. Hugh Sensei is the chief instructor of Leederville dojo and teaches Australia wide. When Hugh is not teaching Aikido he is saving the world as a General Practitioner (GP) and encouraging natural medical treatment and healthy living through Nutritional medicine.

Vivienne Etter Sensei commenced training in 1985 and is one of the earliest students of Aikido in Western Australia. She is currently a Senior instructor Australia wide. Vivienne Sensei received her Shodan from Sugano Shihan in July 1990 and has been teaching for more than 20 years. She received her 5th Dan under the direction of Aiki Kai Australia in 2012 and was also awarded her Shidoin teaching certificate. Vivienne Sensei has served as assistant Area Representative for the state of Western Australia from 1993-2000, and was the joint chief instructor of Armadale Dojo from 2001-2012. She is currently a Senior instructor at the Leederville Dojo. Over the last few years Vivienne Sensei has been teaching Aikido to the Western Australian Academy of Performing Arts performance students in conjunction to their movement’s course. In her daily life, Vivienne is a practicing Buddhist of the Diamond Way, part of the Karma Kagyu lineage. She is also the president of the Rose Society of WA.

Ruedi Etter Sensei commenced training in 1985 as one of the earliest students of Aikido in Western Australia. Ruedi Sensei is a Senior instructor Australia wide, and has received his Shidoin teaching certificate from Aiki Kai Australia. Ruedi Sensei was awarded 5th Dan by the Australia Aiki Kai in January 2012. He was joint chief instructor of Armadale dojo from 2001-2012 and currently teaches as a Senior Instructor at Leederville dojo. Ruedi Sensei has taught Aikido for over 20 years, and is an avid athlete. In his youth he represented Switzerland as a champion gymnast, which he also trained and instructed in for 20 years. He is an inspiration to his peers and a role model to students and junior teachers alike. When not teaching Aikido, Ruedi is a practicing Buddhist of the Diamond Way, part of the Karma Kagyu lineage.

Andrew Card started training in 1985, and is one of the longest practicing Aikido teachers in the country. He has been teaching Aikido for over 20 years and was the joint chief-instructor at Armadale Dojo from 2001-2012. Andrew was awarded Shodan from Sugano Shihan in 1991. He was awarded Nidan by honorary recommendation of the national grading panel. When Andrew is not teaching or training he is an avid practitioner of yoga. Andrew is a hawthorn supporter in his spare time.

Nick Archbold began training Aikido in Perth in 1988. An avid student of the art, Nick pursued his studies in Japan and was awarded Shodan in Hiroshima in 1993. He returned to Australia in early 2000 and established Kingsley dojo. Nick is currently ranked Sandan. Nick was appointed Area Representative for Western Australia by Aiki Kai Australia in 2010. He has been a dynamic spokesperson for Aikido in Western Australia, and has supported the development and propagation of the organisation including the opening of Leederville dojo. As the State Representative, Nick commutes annually to the National Schools to consult and counsel upon the direction of Aikido in Australia, and is responsible for the state moving in the direction of the National body. When not teaching and training, Nick can be found with a fishing rod tucked under his arm and a banjo on his lap. He is also a school teacher, and a scholar of Japanese.

Tristan Derham began training as a child and then commenced more serious training in his early twenties. He is the current Vice President of Aiki Kai Australia. Tristan received his Shodan in 2005 from Sugano Shihan and has been teaching Aikido ever since. He currently holds the level of Sandan. Tristan engaged in an intensive Aikido training program at New York Aiki Kai dojo as a live in student, or Uchideshi. He trained daily under Yoshimitsu Yamada Shihan (8th Dan) and Sugano Shihan (8th Dan) for seven months in 2008. He received his Fuko-Shidoin teaching certificate from Aiki Kai Australia in 2012. Tristan has taught Aikido and trained all over the world, including the USA, Canada, Japan, China, Germany, Belgium, Ireland and Sweden. When not training and teaching Aikido he can be found studying Zen, katori shinto ryu kenjutsu, or surfing badly.

David Whyatt began training Aikido in the late 1990’s and was awarded his Shodan in 2006 from Sugano Shihan. Since 2007 David has been the Dojo Manager for Fremantle Dojo, and is currently ranked San dan. He received his Fuko-Shidoin teaching certificate from Australia Aiki Kai in 2012. David has been the secretary for Aikido WA for 3 years. He has been an active committee member for Aikido WA, and has helped facilitate the development of the organisation over the years. As well as teaching adult classes in Fremantle, David has facilitated children’s classes and has supported a grading syllabus for children in Western Australia. Over the last few years David has been teaching Aikido to the Western Australian Academy of Performing Arts performance students in conjunction to their movement’s course.