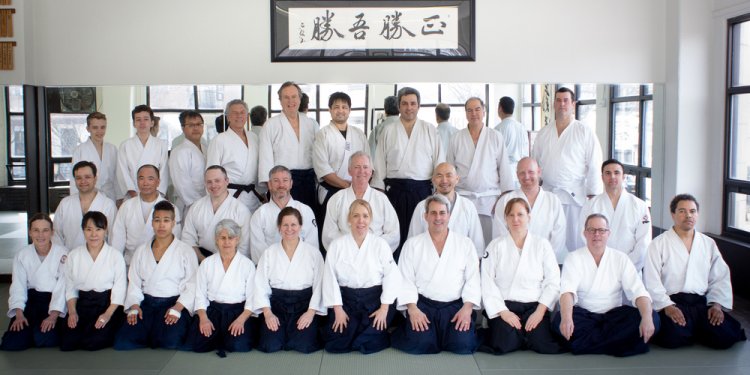 Chester Griffin, Chief Instructor, Rokudan (6th degree black belt) and Shidoin, began practicing Aikido in 1968 and has never looked back. His love and dedication to the art is evident through his vibrant classes and emphasis on fundamentals. He continues to travel to receive instruction at the New York Aikikai to study with Yamada Sensei and attends various seminars.

James Shaffer, Co-Chief Instructor, Sandan (3rd degree black belt) and Fukushidoin is a student of martial arts from childhood, who began practicing Aikido in 1998 at the Richard Stockton College of New Jersey Aikido Club. Shortly after, he became soto deshi under Chester Griffin of the Long Beach Island Aikikai. A move north took him to Aikido Schools of New Jersey in Roselle Park under the direction of Shihan Richard Stickles. Upon another move to Manhattan, he became a member of the New York Aikikai. Now back in New Jersey, he enjoys his time studying and instructing at Long Beach Island Aikikai, Aikido of Red Bank and Aikido Schools of New Jersey. To contact Jimmy directly, please email him at: jshaffer@aikidolbi.com