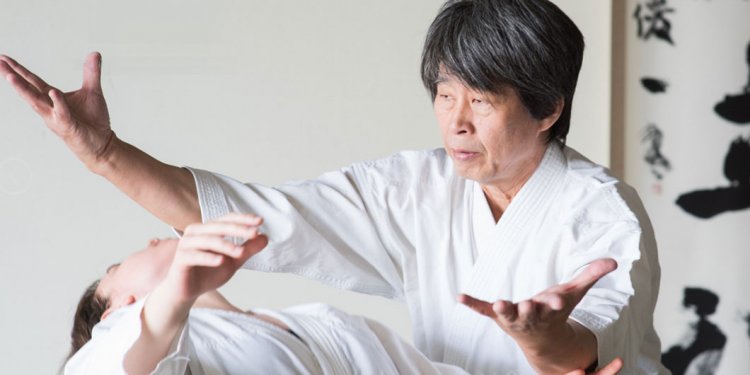 It’s very popular for people (often who have never studied aikido) to tell other people that it takes years for aikido to be “effective” or that it is never effective. Sometimes aikidoka say this themselves. This may even be true. It’s as likely for any martial art. It certainly will be true if you believe it.

Often people hint that a short time in another martial art is effective. This may be believed of aikido too of course. However I’ve written before about the dangerous arrogance of assuming that a few hours (or indeed even years) in any given martial art confers some sort of invincibility on you. A high ranked martial artist I knew, with Dan grades in many martial arts, got effectively taken out at a bus stop because he literally didn’t see the attack coming.

Usually people are asking how effective it would be in some cage based gladiatorial contest, but how often is that likely to happen outside your choice, outside finding yourself in a bad Star Trek episode stripped to the waist and compelled to fight your friends and colleagues? This doesn’t reflect the lives of most people or the situations they might find themselves in.

An argument from anecdote, but an interesting one. I had the pleasure of training in aikido with an 80 something year old English gentleman called Harold. He had begun aikido in his 50s when he was working as a bus conductor in London. He told me that in his job before starting aikido he had frequently gone to the upper deck to check tickets to find people who had long since passed their stop or otherwise had not paid. Occasionally a tussle would ensue. He wondered what would happen after he started training in aikido the next time such a tussle happened, but the interesting thing is that no tussles ever occurred again.

Who knows why? Likely his posture, his lack of fearful response or more harmonious manner. I have directly experienced these things successfully defusing what seemed an inevitable fight.

This is also interesting when people ask me and “have you ever had to use aikido?” to which the answer is, all the time, and not necessarily in the way you think. It has worked well, most of the time, but not always. Much to learn, I still have. Martial arts – at least real ones – are about a lot more than just self defence.

The Art of Fighting Without Fighting

Martial arts are full of clichés. But as with all clichés it doesn’t mean they aren’t fundamentally true. Even proponents of striking martial arts will often say the greatest skill is not to fight at all. It is the most effective way.