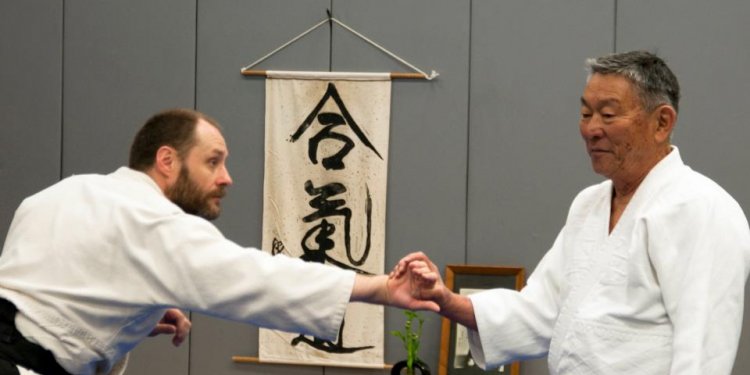 What you're really asking for is insight into the strengths and weaknesses of Aikido pertaining to self-defense scenarios.

Aikido uses a small number of throws, joint locks, submissions, and strikes. There are some holds and submissions done from the ground. A number of breakfalls are trained. There is some weapons training as well, notably the 4-foot Jo staff. Core to all of its training is its footwork and general theory which derives from the idea of "merging" or "blending" with an opponent. And on top of that is the idea of doing the least harm in order to stop your opponent, and no more.

It bases its self-defense on a small set of attacks which they practice defenses against: grab to the wrist, grab to the shoulder, punch to the face, punch to the stomach, downwards knife attack to the head, back-fist to the side of the head, etc. These are intended to mimic real-world attacks.

Drills in class almost always involve partners, except for breakfall practice and solo sword or staff training. Attackers will perform the attack technique, and defenders will practice one of the counters to the attack. This is repeated many times until the students gain proficiency in the defensive technique.

Offensive techniques (strikes and weapons slashes / thrusts) are not trained nearly as much as defensive ones.

A very small fraction of Aikido schools, such as Shodokan Aikido (sometimes referred to as "Tomiki Aikido"), involve competition similar to what you see in Judo. The goals, rules, and techniques are different from Judo, but the intent is to give some practice with "live" partners doing things in a spontaneous way while actively resisting one another, rather than practicing rote technique in drills with a partner who just does the same thing over and over again in a compliant way.