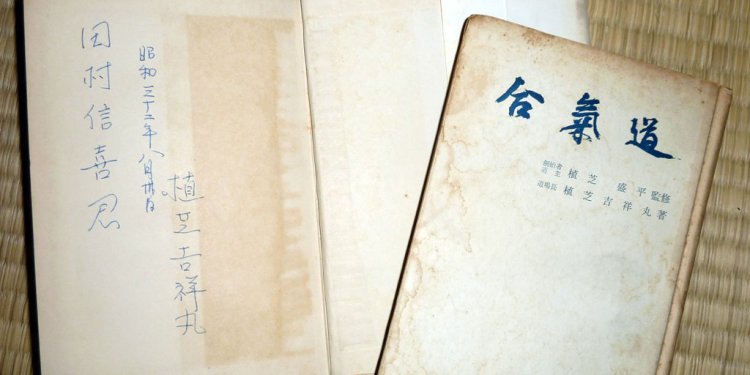 This page shows all Seishindo Articles related to Aikido by date with the latest practice at the top of the list. Click on any to read more.

I rarely raised my hand when Sensei asked questions, but once when he asked why we were sitting there in his dojo. I raised my hand and replied in a clear voice, “I don’t know.” “Ah, ” sensei said. “Finally someone with an honest answer!” “If you don’t know why you’re here, why waste your time?” he ...

“It’s amazing and sad to watch how strongly both of you critique each other, while at the same time neither one of you seems to have the ability to properly critique yourself. You each strive to increase your self-image, by demonstrating how much more you know in comparison to your partner.”

This article is an excerpt of a conversation with Senta Yamada sensei, regarding his thoughts on the “mind” of Aikido and water.

Our ability to communicate in and understand somatic language is wired into our system at birth and forms the foundation of our memories, verbal communication, learned responses, and our ability to live and sustain ourselves.

What you read here are the notes of a talk that I gave recently about the similarities between Aikido and NLP. These notes were written with my dual perspective as an Aikido instructor, and a Trainer in NLP.

This article comes from the chapter I wrote for the book “Walking in two worlds: The Relational Self in theory, practice, and community, ” edited by Stephen Gilligan and Dvorah Simon.

“Ki” supports all of life. “Ki” supports life when our system is able to let it flow unimpeded, like when when our immune system spontaneously heal wounds or illnesses.

There are many different ways to perceive, utilize, and benefit from the energy that is available to us in the course of living our life. What follows is my experience of energy (“ki”) while performing Aikido over the course of more than twenty years.

Many of us live our lives shuttling back and forth between two seemingly different identities that often conflict with each other. Our rational self, and our emotional self. The integration of these two aspects of self is one of the primary tasks of personal development.

At every moment in time your subconscious mind speaks to you through your body, in a language that is as refined, systematic, and complete as your verbal language. This “somatic” language that your body communicates in forms the basis of the non-cognitive wisdom known as sixth sense, intuition, or “somatic intelligence.”